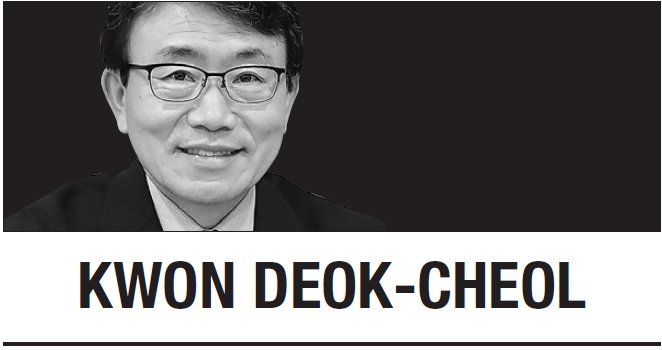 This year marks the 40th anniversary of diplomatic ties between South Korea and Kuwait. In celebration of the occasion, I visited Kuwait along with Prime Minister Lee Nak-yon to further strengthen bilateral relations in early May.

I serve as the vice minister in charge of national medical and health system and public health in Korea. In that regard, I believe the visit led to specifying cooperative measures with Kuwait whose health care demand is on the rise.

Kuwait, located in the northeast part of the Arabian Peninsula, boasts the world’s seventh-largest oil reserves. Walking away from the traditional oil-dependent economy, the country is implementing a national development plan called “New Kuwait Vision 2035” to discover new growth engines and advance society. As the country sees domestic demand for medical services rising, it is putting a particular emphasis on building health care infrastructure and empowering the role of private medical institutions.

Health care cooperation between Korea and Kuwait started accelerating after an MOU on cooperation was signed between both health ministries in 2016. Since then, Kuwait has become the second country to send government-funded patients to Korea after the United Arab Emirates.

The first Kuwaiti physician started receiving medical training in Korea from 2018. All of which are an important starting point in health care cooperation. Going a step further, bilateral cooperation is going to be expanded to medical services and ICT-based medical systems. To this end, the Ministry of Health and Welfare of Korea and the Ministry of Health of Kuwait have signed a letter of intent.

Deputy Minister Mustafa Ridha of the Ministry of Health, who signed the LOI, showed great interest in the Korean hospital management information system. The system was exported to six hospitals under the Ministry of National Guard in Saudi Arabia. Working-level discussions will be underway so that the LOI serves as a stepping-stone to bilateral cooperation in hospital construction, informatization and smart medicines.

Another purpose of the visit was to ask for support and attention on the consignment operation of the New Jahra Hospital in Kuwait. It was to help a Korean medical institution take on the operation of the 1,170-bed public hospital.

The project is one of eight cooperative measures for the development of bilateral ties suggested by Prime Minister Lee. This project was first initiated upon the suggestion to the MOHW by the MOH delegation of Kuwait which visited Korea to attend the Medical Korea Conference in 2018. After that, Seoul National University Hospital of Korea was designated as a priority negotiator and follow-up procedures are underway.

In this regard, the annual Medical Korea Conference serves as a venue for sharing global health care information and expanding health care cooperation with countries across the globe. The conference attracted over 2,300 participants from 47 countries this year.

Once the consignment contract is reached, the Korean medical institution would greatly contribute to the development of the health care system of Kuwait with know-how on hospital management and advanced medical technology. In addition, it would be a prime opportunity for relevant health businesses, including medical device and pharmaceutical firms, to jointly enter the Kuwaiti market.

During the visit, Prime Minister Lee suggested establishing a Korea-Kuwait strategic committee to successfully achieve the New Kuwait Vision 2035 to Kuwaiti Prime Minister Jaber Al-Mubarak. As a similar case, Korea has taken part in the Saudi Vision 2030 Committee along with eight countries such as the US and the UK since 2017. Through the committee, close cooperation has been made across fields of health care, IT, and manufacturing.

Under this framework, Saudi Arabia can learn from experiences and technology of advanced nations, while participating countries can get new business opportunities. The same applies to the case of Kuwait. If Korea participates in the implementation of the health care development plan of Kuwait, both countries would establish cooperative relations that are practical and mutually beneficial.

Once a path for bilateral cooperation is well designed and cleared, knowledge, resources, and experiences accumulated by the Korean health care community will seamlessly run. On this path, the Korean bio-health industry will make inroads in overseas markets, while Kuwait will improve public health and the quality of health care services. Bilateral health care cooperation is expected to be a win-win for both countries.