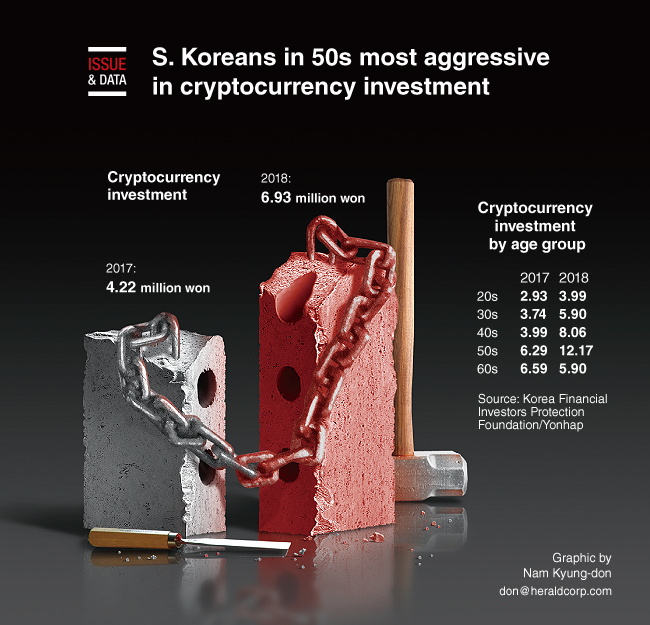 South Koreans in their 50s were the most aggressive investors in digital currencies last year, a survey showed, with experts calling for a more cautious approach to the volatile investment destination.

According to the survey by the Korea Financial Investors Protection Foundation, of 2,530 people aged from 25 to 64, 7.4 percent were investing in digital currencies as of end-2018, up 1 percentage point from a year earlier.