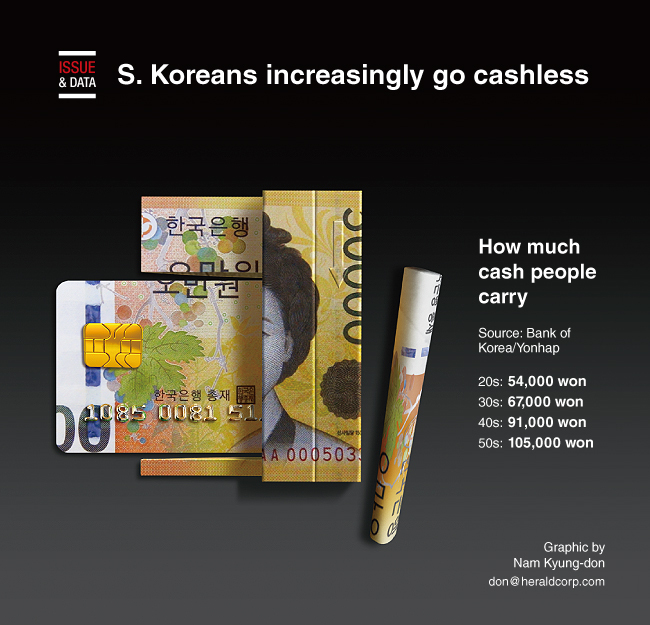 South Korean people are increasingly going cashless, relying on credit cards and digital payment, according to a triennial survey by the Bank of Korea.