Guckkastens, Monni, Galaxy Express and Huckleberry Finn are some of the names announced by the organizers. The second lineup, including major foreign musicians, will be revealed May 3. 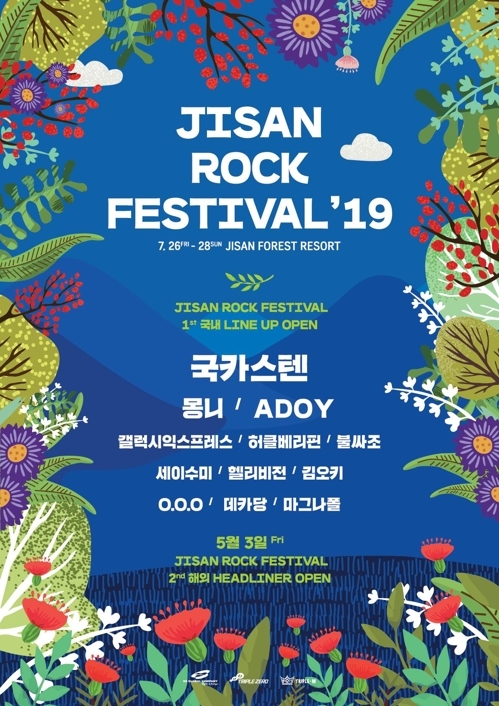 The festival will be held at Jisan Forest Resort in Icheon, Gyeonggi Province, an hour’s drive southwest of Seoul.

This year marks the first edition of the rock festival. Though its name is similar to the Jisan Valley Rock Festival, it is a completely different event held by different organizers.

According to the organizers, the 2019 Jisan Rock Festival hopes to carry on the legacy of the original rock festival and also embrace other genres of music such as hip-hop and electronic dance music.

Tickets for the 2019 Jisan Rock Festival can be reserved via the online ticketing website Interpark.