[Graphic News] Number of marriages lowest in over 40 years 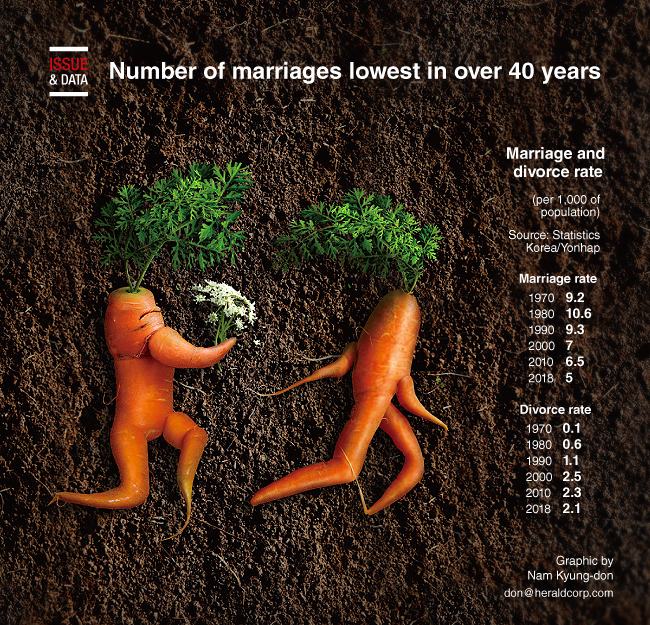 The number of marriages in Korea has dropped to the lowest level in more than 40 years in 2018, as young people delay marriage amid a weak economic picture, according to government data.

Some young people delay marriage, or give up on marriage altogether, and having babies as they struggle with future uncertainties.

The data showed that the average age of South Korean men getting married reached a record high of 33.1 years in 2018, compared with 32.9 years in 2017.