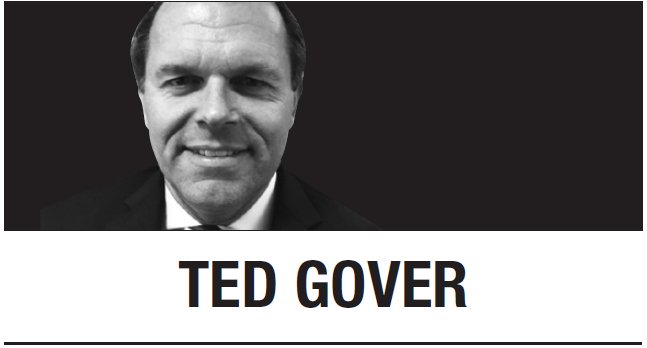 Many pundits are describing the abbreviated second Trump-Kim summit in Hanoi that yielded no joint agreement as a catastrophic failure and embarrassment for President Trump, citing that his self-touted deal making skills fell short with the North Korean leader. They claim that Trump goes home with a loss while Kim gains the prestige that comes with meeting a US president who sat for photo ops, offered public praise and gave him a pass on human rights concerns.

Yet, Trump was entirely correct to walk away from the talks in Hanoi without burning bridges with Kim. Here’s why.

Kim entered negotiations in Hanoi after nearly eight months of vintage Kim Dynasty behavior that would have made his father and grandfather proud. Since the Singapore summit in June of last year, Pyongyang has done little to move the needle in denuclearization talks with Washington, instead resorting to delays, obfuscations and at times outright accusations against the US amid negotiations and in statements to the international media.

Beyond this, Kim’s actions since the inaugural summit haven’t indicated any interest in working out the complex details of denuclearization with US working level staff -- rather, much has pointed to Kim’s intentions to work out a deal with Trump himself, mano y mano, in a manner not dissimilar from Trump’s preferred style of negotiating that relies on personal flair and persuasion.

In typical North Korean fashion, Kim made efforts in Hanoi to exact concessions from his American counterpart, demanding from Trump the lifting of all US economic sanctions in exchange for taking some steps toward the shuttering of its nuclear arsenal. Trump rightly concluded that sanctions relief with only partial denuclearization was too high of a price to pay given US requirements for the North’s complete denuclearization in exchange for the dropping of sanctions.

The president’s opting to walk, avoiding a bad deal, is a change to the dynamics of US-North Korean negotiations going back over 20 years in which it has been mostly Pyongyang calling the shots. Trump has adroitly maneuvered the talks, putting Kim in the position of having to make the next move, likely that of approaching the US with an incentive to move forward.

Trump is now better situated to exact concessions from Kim on various fronts such as hard time tables and verifiable steps for disarmament, facility inspections and meaningful progress on human rights, among other areas.

Critics have said that the president’s praise of the North’s cancellation of nuclear tests and missile launches since the Singapore summit took away Kim’s incentive to move further toward denuclearization, dooming the second meeting before it began. Others have argued that Trump ought to have created positive momentum in the talks by striking agreements with Kim on normalizing relations, declaring an end to wartime hostilities and establishing liaison offices in Pyongyang and Washington.

Yet, by saying no to Kim in Hanoi, the president now has arguably more control and leverage in the talks as Kim returns home empty-handed as his regime continues to feel the pressure of severe US sanctions.

Additionally, both Trump and Kim now know more about one another’s positions than before, and that the opportunity for further discussions has not come to an end. By maintaining open channels of communication, the risks of misunderstandings and hostilities between the two nuclear powers are reduced.

As always, there are risks and costs to drawn out diplomacy with the North. Over multiple administrations, Pyongyang has mastered the art of watering down demands from Washington as talks drag on over the course of weeks, months and even years.

President Trump must be cognizant of this and on guard for the strategic deception commonly engaged by the Kim Dynasty during negotiations. The most glaring example being the North’s original invasion of the South on June 25, 1950, just days after then-North Korean leader Kim Il-sung’s feigned goodwill proposal to create an inter-Korean parliament.

Ultimately, if the North and the US are unable to come to agreeable terms for denuclearization, President Trump must be willing to settle for the next best option for protecting US national security interests -- a sustained policy of sanctions, containment and deterrence with overwhelming capabilities, all while leaving the door open for negotiations.

Trump was right to reject Kim’s excessive demands in Hanoi. By walking away, he has put himself in the driver’s seat of the talks and negotiates now from a position of greater strength. While it was not an outright win, the Hanoi summit bought more time for the Trump administration to recalibrate and progress in its laudable goal of peacefully denuclearizing the Korean Peninsula.


Ted Gover
Ted Gover, Ph.D., writes on US-Asian relations and foreign policy. He is the director of the Tribal Administration Program at Claremont Graduate University. -- Ed.