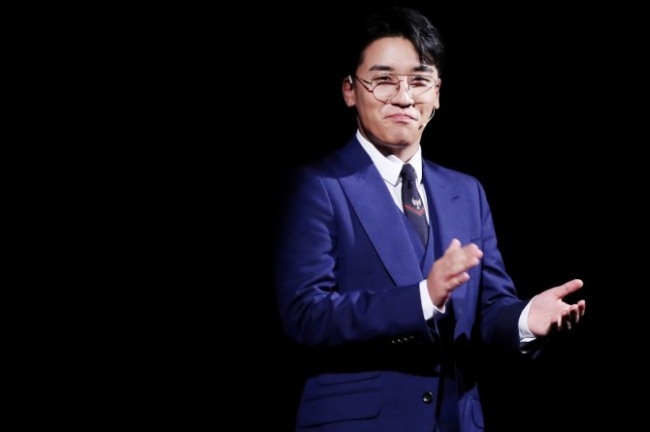 Seungri of the popular boy group BIGBANG denied drug use and sex-for-favors allegations during a questioning, police said Thursday.

An investigation team of the Seoul Metropolitan Police Agency sent him back home after grilling him overnight.

The 29-year-old singer, during the questioning, denied all suspicions surrounding him ranging from narcotics use to attempting to buy sex services for potential foreign investors.

He, in particular, stated that he never exchanged the text messages disclosed by an Internet newspaper as proof of his sex-for-favors suspicions and even has no memory of what happened that day more than three years ago.

On Tuesday, the Internet media site reported that the singer-businessman used various nightclubs in Seoul's posh Gangnam area as places for lobbying and even attempted to escort women to the foreigners in exchange for their potential investment in his businesses at one of the nightclubs.

The new leadership is tasked with leading the conservative party in next year’s general elections amid falling support from the public due to controversial comments made by some party members on issues such as the Gwangju Democratic Uprising and the impeachment of former President Park Geun-hye.

“Thank you. I have received a crucial order from party members. I will return the support and wishes with new politics and lead the Liberty Korea Party and South Korea to rise again. The Liberty Korea Party is one team,” Hwang said during his acceptance speech at Kintex in Goyang, Gyeonggi Province.