Over 10 million visit internet cafes in Korea in 2018: The Log

Top status of ‘Playerunknown’s Battlegrounds,’ ‘League of Legends’ likely to continue in 2019

Approximately 1.7 billion hours were spent playing games at internet cafes, up 3.9 percent from a year earlier, according to the latest report from statistics body The Log, which specializes in figures related to internet cafes.

Broken down by The Log, if a person visits PC rooms at least once a week and around six times a month, spending 2.3 hours on average per visit, it would mean that over 10 million visited PC rooms in 2018.

Of the games that were played, “Playerunknown’s Battlegrounds” and “League of Legends” led the number of hours spent at PC rooms. New games “Lost Ark” and “EA Sports FIFA Online 4” were also popular. 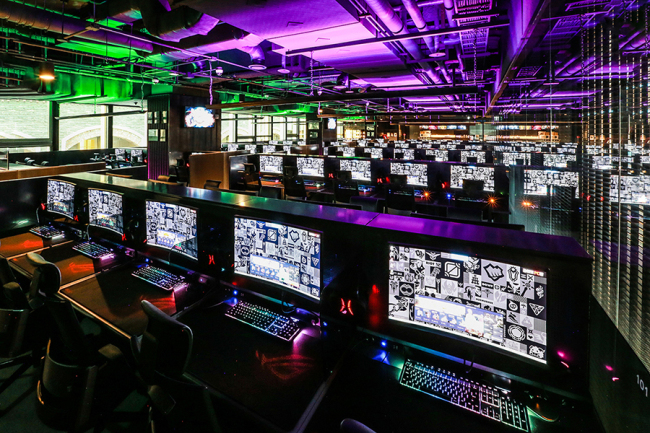 
In addition, The Log predicted that 2019 would continue to see a tight race between the massively multiplayer online role-playing game “LoL” and battle royale game “Battlegrounds.”

In the second half of 2018, more battle royale games, such as “Fortnite” by Epic Games and “Call of Duty: Black Ops 4” by Blizzard, hit the market but fell short of expectations, as the games did not gain a big portion of market share.

Further game updates for “Battlegrounds” may move the game up or down the rankings for battle royale games based on the aggregated number of hours spent by people playing those games at internet cafes.

In the area of massively multiplayer online role-playing games, the genre is expected to gain attention with the heated reception of “Lost Ark” by Smilegate.

“Astellia” by Nexon earlier threw its hat into the ring for the genre, while “ArcheAge Korea - Road to the Garden” by XLGames had an update to regain players’ interest.

When “Lineage: Remastered” is released by NCSoft in early 2019 as announced, further competition will ensue, leading to an MMORPG boom, The Log forecast.

On Thursday, “League of Legends” topped The Log’s list of most-played games at PC rooms with 32.08 percent market share for the day. The game was played for an accumulated 80.4 million hours at nearly 9,400 PC rooms across the country.

Next on the list was “Battlegrounds” with 20 percent market share, and “Overwatch” with 7.81 percent share. Rounding out the top 10 were “FIFA Online 4,” “Lost Ark,” “Sudden Attack,” “MapleStory,” “Crazyracing Kartrider,” “Starcraft: Remastered” and “Dungeon Fighter Online.”