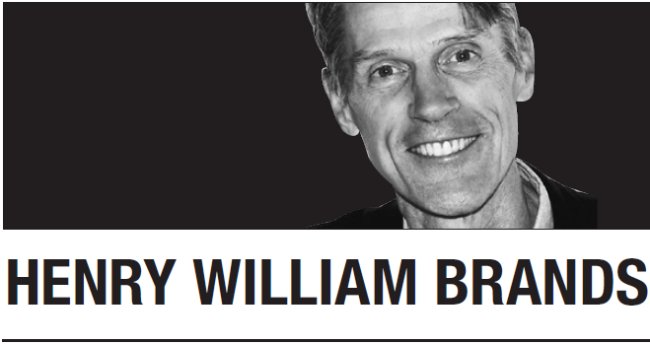 With the House in the hands of Democrats and the Senate controlled by Republicans for the next two years, compromise will be essential to the passage of any legislation. But it won’t come easily. We live in an age in which compromise is often interpreted as weakness and penalized at the next election. Our congressional districts reward candidates who appeal to the most uncompromising elements of their parties. This whole system has fostered a mind-set that makes politics war by other means.

It wasn’t always so. In the early years of the American republic, compromise was celebrated and rewarded. The story of that time, and of what happened to the republic when it ended, can offer sobering lessons for our current fractious age.

In 1820 the United States confronted its first crisis over slavery. For decades, slavery had been broadly viewed as a blight on the republic, its violence and egregious inequality at odds with the ideals of the Declaration of Independence. Progress had been made: Slavery was prohibited in the North, and the import of slaves from Africa had been outlawed. But, as part of the bargaining that had made the Constitution ratifiable, states were given the right to choose whether to allow slavery, and the Southern states still clung to it.

The Constitution, however, was silent on states not yet admitted to the Union. When Missouri applied for admission as a slave state in 1820, both Northerners and Southerners saw it as a test of the strength of their position and of whether slavery would be allowed to expand into the American West.

Henry Clay of Kentucky, the speaker of the House, was well positioned to head negotiations. He was a slaveholder, but one who disliked the institution and sought its end. As a Westerner, he couldn’t credibly be accused by either Northerners or Southerners of being in the pocket of the other side.

Clay proceeded to engineer the Missouri Compromise: Missouri would enter the Union as a slave state, but the rest of the West would be divided into a free North and a slavery-allowing South. Getting the compromise through Congress required some clever maneuvering and one of the finest speeches of Clay’s illustrious oratorical career. Many in both the North and the South were furious, but Clay secured just enough support to let the nation move on to other matters.

This was the heart of Clay’s strategy, for he believed that the genius of American self-government was a knack for muddling through. If the country could keep from getting hung up or torn apart by any single issue, it would advance on other fronts until that issue became more tractable. Clay was convinced that the same modernizing forces that had rendered slavery unprofitable in the North would erode its support in the South; all that was required was time.

Clay’s skills at compromise were put to another test in the early 1830s. South Carolina objected to a tariff code that benefited Northern manufacturers at the expense of Southern planters. South Carolinians took steps to nullify the tariff law -- that is, to prevent its enforcement within their state. Should the federal government insist on enforcing the law, the South Carolinians said, they would secede from the Union.

Clay, now in the Senate, once more stepped into the breach. He met with John Calhoun, the leader of the South Carolinians, and brokered a deal whereby the offending tariff was phased out while the South Carolinians withdrew their secession threat. Clay was condemned in the North for yielding to South Carolina’s blackmail, and in the South for maintaining the principle of the tariff even as he retreated on its practice. Yet the Union held.

“The Great Compromiser,” as Clay was called by this time, had one more mediating trick up his sleeve. In 1850, California, suddenly full of gold-seekers, applied for admission to the Union as a free state. Southerners dug in their heels, complaining that a free California would tip the balance in the Senate against their section. Clay offered them something they had long desired: a sterner fugitive slave law, one that would criminalize the common Northern practice of assisting slaves fleeing bondage.

Again Clay was attacked from both sides. Southerners said he had doomed them to Northern domination; Northerners declared he was compelling them to betray their moral principles. But Clay was unrepentant, and he went to his grave, two years later, convinced that he had saved the Union for another generation.

He was too optimistic. With Clay’s death, the spirit of compromise that he embodied went out of American politics. His successors proved unwilling to acknowledge the right of their opponents to views at odds with their own. Abolitionists pushed harder than ever, even canonizing John Brown for his murderous raid against Harpers Ferry, Virginia. Southerners grew violently touchy on anything that infringed their states’ rights, most notably the right to own slaves.

The 1860 election of Abraham Lincoln on a Republican platform opposing the expansion of slavery triggered the secession of seven Southern states, followed by another four after Lincoln launched a military campaign against the secessionists. The ensuing war killed more than 600,000.

Today, one hopes that the country is not on track for anything similar. But the language and culture of our politics disturbingly echo that earlier time. Political opponents are cast as enemies; a winner-take-all environment treats compromise as surrender.

Until now, the rift in politics has been partisan rather than sectional, rendering geographic separation unlikely. But if the red states continue to grow redder, and the blue states bluer, this missing element of the 1850s recipe for disaster might be added to the unholy brew that constitutes much of our political discourse.

There’s another path. We can channel the spirit of Henry Clay and revive the art of honorable compromise. We can acknowledge our opponents’ right to a seat at the table. We can remember that the reforms that last are those in which each side has a say and a stake. We can recall Clay’s guiding belief: that the fate of American democracy is more important than success on any transient issue.