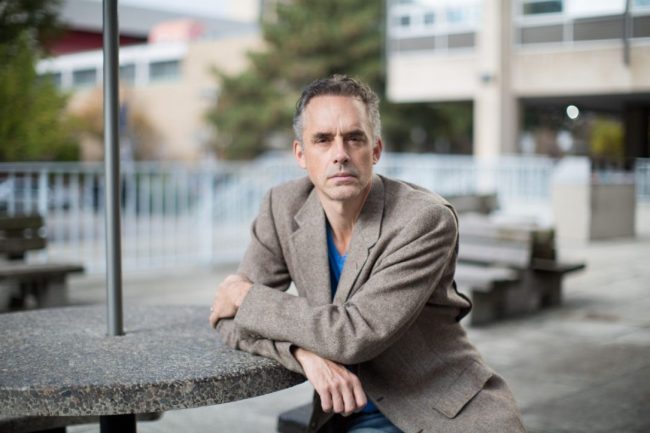 [1] Jordan Peterson’s self-help book “12 Rules for Life: An Antidote to Chaos” has become one of the biggest best-sellers this winter in South Korea, after translated videos of the clinical psychologist’s lectures and interviews criticizing political correctness and feminism have gone viral here.

[3] Sung Ki-hoon, chief editor at Maven, suspects a growing number of men who feel at a disadvantage is behind Peterson’s popularity. The author rose to fame as an ardent critic of left-wing identity politics.

*at a disadvantage: 불리한 위치에 있는

[4] “In my opinion, the fundamental reason (behind his popularity) is the fact that more men feel they are facing reverse discrimination compared to women,” Sung told The Korea Herald.

[5] Sung knew Peterson was a controversial figure before he decided to publish the book in Korea, as he said some publishers opted out given the controversy surrounding Peterson’s political views.

[6] He explained it might be harder to separate Peterson’s political views from “12 Rules for Life,” but he decided to go forward, as the book “fills the void” in a way no other book has here.

[1] No sounds of sobbing or wailing were heard at a memorial event for SHINee’s Jonghyun on Monday, but the singer’s death is still keenly felt by his fans.

[2] On Monday evening, the event to commemorate the late lead vocalist of SHINee, who died a year ago, was held at a theater in S.M. Town Coex Artium in Gangnam.

[3] It took the form of an art fair that showcased clips and writing dedicated to Jonghyun. The event also included a memorial service.

[4] Jonghyun, whose real name was Kim Jong-hyun, was found in a rented studio apartment in Cheongdam-dong, southern Seoul, on Dec. 18, 2017. The 27-year-old singer had suffered a cardiac arrest upon discovery and was taken to a nearby hospital, but he was pronounced dead after attempts to revive him failed.