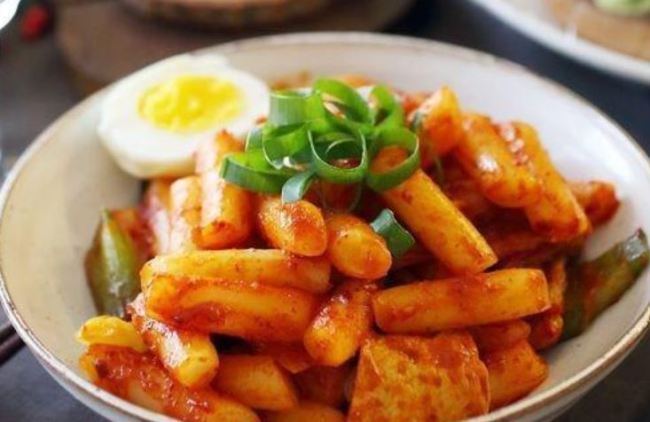 1. Exports of traditional 'tteok,' 'topokki' food on the rise: data

[1]Exports of traditional rice-based food, such as "tteok" and "topokki," are on the rise amid growing global demand for Korean food, data by the state-run food trade corporation showed Sunday.

[2]According to the Korea Agro-Fisheries & Food Trade Corp., exports of South Korean-made tteok products that include topokki reached $15.65 million in 2017, up a sharp 29 percent from $12.1 million a year earlier.

[3]Tteok is rice cake that can be eaten as a snack or used as an ingredient in food, while topokki is one of the most popular street snacks in South Korea, where tube-shaped tteok is broiled in hot pepper paste and served with eggs, toppings, noodles and fish cake.

[5]The aT Center said that while overseas demand was initially centered on Korean nationals living abroad, there has been a steady rise in demand from foreign consumers. It said ordinary Americans and Europeans were attracted by the perceived health benefits of eating gluten-free rice-based food, while in places like Japan, China and Southeast Asia, the Korean Wave, or the popularity of Korean pop culture abroad, is fueling consumption.

[1]Amid Hyundai Motor’s efforts to capitalize on its fuel cell electric vehicles, its Chief Vice Chairman Chung Eui-sun zoomed in on hydrogen energy as a key economic and social solution for clean mobility at a forum in Singapore last week, the company said Sunday.

[2]“The report (released by the UN) warns us that we must decrease global greenhouse gas emissions 45 percent below 2010 levels by 2030, in order to avoid a catastrophe. I sincerely believe without any shadow of doubt that hydrogen has a place as a central pillar to the clean energy transition,” Chung said at the opening speech of a discussion arranged by Hyundai at the Bloomberg New Economy Forum last week.

*catastrophe: 재앙
*without any shadow of a doubt: certainly
*pillar: 기둥

[3]Citing the transportation sector as the first industry the carmaker is likely to target, Chung added, “But our commitments go beyond transportation, and we will make sure to send out the message that hydrogen can deliver economically viable, financially attractive, and socially beneficial solutions.”

[5]During the discussion, Macquarie Group Asia CEO Ben Way urged governments to adopt consistent policies for the market to gain confidence in renewable energy, ultimately to attract participation from members of the society and engineers in the transition to clean energy.

[6]As the global automotive industry and governments search for clean mobility, Hyundai Motor has been trying to promote hydrogen cars as the ultimate eco-friendly transportation.