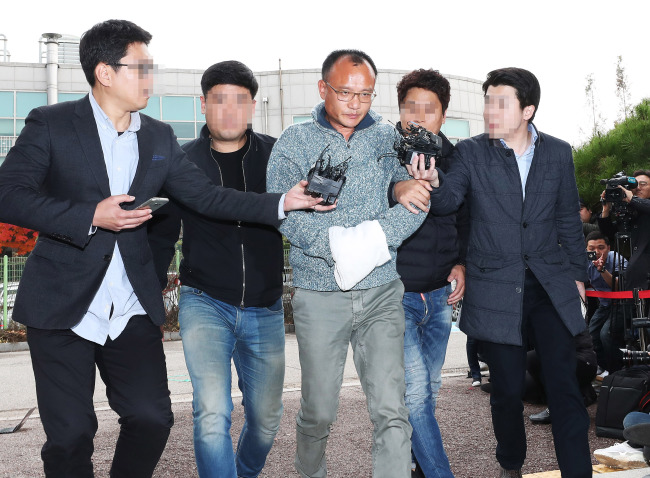 [1] Yang Jin-ho, the CEO of a cloud storage* service company, was taken into police custody Wednesday over multiple workplace* harassment and abuse allegations by his employees.

[2] A police probe was launched after video footage* went viral online, appearing to show Yang abusing his employees. In one video, the CEO of WeDisk and robot developer K-Technology is seen killing chickens with a bow and arrow* and aggressively* ordering an employee to do the same.

[3] Authorities believe the footage was filmed in 2016 during a work-related* gathering.

[1] The Seoul Metropolitan Government lifted an ultrafine dust warning Wednesday afternoon, 24 hours after it was issued, while the ultrafine* dust advisory* remained in effect for the country’s western regions, including the North and South Chungcheong and Jeolla provinces.

[2] Following alarming levels of ultrafine dust in Korea, the Environment Ministry and metropolitan governments issued emergency fine dust reduction measures on Wednesday. The warning in Seoul was lifted after the level of particulate matter* 2.5 micrometers* or less in diameter fell to 34 micrograms* per cubic meter at 2 p.m.

[3] Weather authorities forecast that rain accompanied* by strong winds would wash away ultrafine dust across the country Thursday.


[4] The Seoul Metropolitan Government banned older diesel vehicles registered before Dec. 31, 2005 that weigh over 2.5 tons from 6 a.m. to 9 p.m. Wednesday, the first time the city has done so. It also closed down 456 public parking lots and shortened operating hours of 12 air pollutant discharge facilities and 151 construction sites.