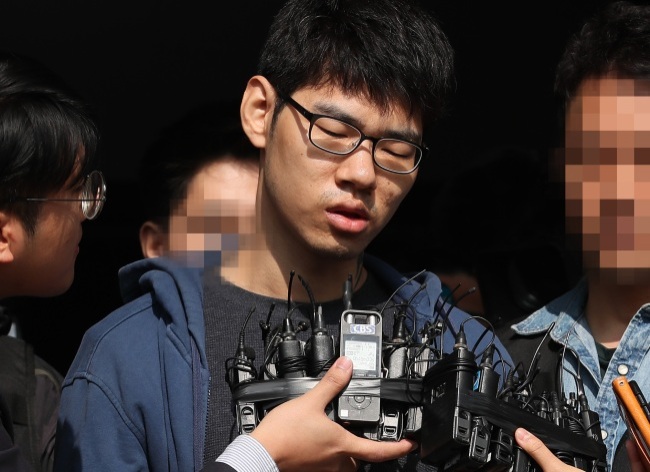 [1] A heated debate on mental health and its link to violent crimes is underway after a murder suspect requested that his medical history be considered to mitigate punishment. He had been medically treated for depression before allegedly stabbing a man to death.

[2] Kim Seong-su, 29, is suspected of having stabbed a man to death at an internet cafe in western Seoul on Oct. 14. On Monday, he was sent to the Institute of Forensic Psychiatry in Gongju, South Chungcheong Province, for a monthlong examination of his mental state.

[3] According to security footage obtained by the police, Kim returned to the property with a weapon and stabbed the victim multiple times. Shin, an aspiring fashion model, was taken to a hospital where he died from the injuries.

[4] The suspect said both his body and mind had been “unwell” and impaired before committing the crime, as he had been clinically depressed.

[5] Many Korean criminals in the past have received mitigated sentences due to mental disorders or “impaired judgement,“ sparking public outrage.

[1] Lotte Group announced plans Tuesday to invest 50 trillion won ($44 billion) over the next five years, a move intended to quickly normalize the group’s business after its Chairman Shin Dong-bin returned to the helm after eight months away, upon being released from jail earlier this month.

[2] The retail-to-chemicals giant said it plans to invest 12 trillion won in 2019, the largest investment amount for a single year.

[3] In the next year, the group said the amount will be put to mainly strengthening the two pillars of the group’s business -- retail and chemicals -- such as by reinforcing online retail business with artificial intelligence and digital technology, as well as extending large-scale chemical production facilities in Korea, Indonesia and the US.

[4] “The plan indicates our will to quickly normalize management activities that recently slowed, secure competitiveness for future growth and contribute to revitalizing the national economy,” Lotte said.

[5] The group said up to 40 percent of the investment will be injected to intensifying its chemicals and construction businesses, while 25 percent and another 25 percent put to retail and hotel businesses. The remaining 10 percent is to go to its food businesses, including confectioneries.