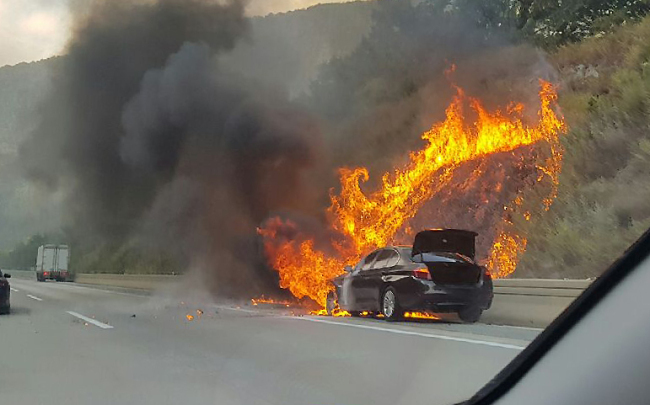 아이튠즈(아이폰): https://itunes.apple.com/kr/podcast/koliaheleoldeu-paskaeseuteu/id686406253?mt=2
팟빵 (안드로이드): http://www.podbbang.com/ch/6638
[1] As confusion surrounding BMW vehicle fires continues, BMW Korea Chairman Kim Hyo-joon said Tuesday that he would look into halting sales of fire-prone BMW models until the investigation into the cause of the engine fires is completed.

[2] His remarks were made during a hearing at the National Assembly, where members of the Land, Infrastructure & Transport Committee grilled Kim and questioned five experts involved in the BMW incidents, including Transport Vice Minister Kim Jeong-yeol.

[3] Chairman Kim said he would look into halting sales of models recalled over the risk of fire in response to Rep. Kang Hoon-sik of the ruling Democratic Party, who urged Kim to provide answers instead of just an apology and to take action as the local chief of the company.

[4] During the hearing, Vice Minister Kim said an investigative team would find out what had caused the engine fires as well as recall some 106,000 units. The ministry has drawn flak for its late response to the engine fires.

[5] “The investigative team will look into all possibilities raised besides the faulty exhaust gas recirculation cited by the carmaker, and focus on completing its investigation of the BMW car fires by the end of the year,” Vice Minister Kim said.

[1] If you asked which YouTube channel was the most popular among young Koreans these days, “Wassup Man” would be near the top of the list.

[2] “Wassup Man” -- otherwise known as Joon Park, a member of the legendary K-pop group G.O.D. -- is enjoying a new heyday with the channel, which makes the most of his outgoing personality as he visits the trendiest neighborhoods and tries out various restaurants and activities.

[4]The concepts for his videos depend on the atmosphere of a given place. In Itaewon, Park recorded a “meokbang,” or eating show, centering on foreign foods and beers, while in another video he strolled around near Gyeongbok Palace in a “hanbok,” Korea’s traditional costume. In Yangyang, Park went surfing and camping.

[5] The channel had an insignificant number of subscribers when it first started, but the number has skyrocketed as Park’s clips go viral on social media. On July 4, Park uploaded a video announcing that his channel had 100,000 subscribers. Less than two months later, that figure has already jumped to 895,000.