[Lee Jae-min] Just one word, but a sea of difference 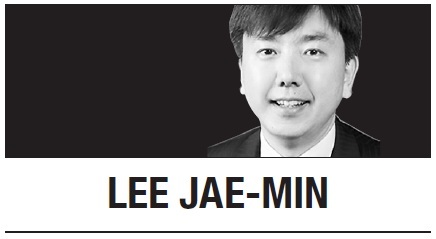 It was about 10 years ago when I visited Baku, Azerbaijan, several times, right by the Caspian Sea. A seaward view from the city was like that of any other city at the tip of an ocean. Its vastness matches almost that of the Black Sea, with five countries bordering it. The sea contains a variety of fish. Rich pockets of gas and oil, you bet. Beaches, of course. It even has salty water. In a sense, it contains everything a ‘sea’ would have. Except one thing: an outside route. It is landlocked.

The unique features of the Caspian Sea have made it a flashpoint for two decades among the five neighboring states -- Russia, Iran, Kazakhstan, Turkmenistan and Azerbaijan. Some say it is a sea while others claim it is a lake. It is not because these five countries have a particular interest in marine geology or oceanography. Depending upon which way you go, there is a “sea” of difference, literally and figuratively.

If it is a sea, then there is a particular set of international laws applicable -- the well-known 1982 UN Convention on the Law of the Sea (UNCLOS) and comparable customary international law. If it is a lake, on the other hand, it is pretty much down to the agreement among the five littoral states. Between sea and lake, different distribution formulas and delimitation principles apply. It also determines whether the vast majority of the water will be open for navigation for other countries -- even those from outside the region. So, a lot is at stake behind the name game.

Interestingly, there is no legal definition of a sea in the UNCLOS. It has 320 articles and 9 annexes to regulate almost everything at sea and about sea. So, the convention has become the sword and shield for countries when they encounter anything maritime. But, critically, it does not define what a sea is. To drafters perhaps, it was obvious. Well, according to the Caspian case, it is actually more complicated than that.

This old question has been answered, at least for now. Five coastal states signed a treaty on Aug. 12 to deal with this issue -- the Convention on the Legal Status of the Caspian Sea. The answer provided in the new regional convention, however, is rather tricky: it is neither a sea nor a lake, but something in between.

A short summary of the regional convention: Among five states themselves it is treated as if it were a sea. Each state has territorial waters extending 15 miles (22 km) from the coast, together with an additional 10 miles of fishing water, leaving the vast majority of the remaining maritime zone as a jointly managed area. This is a scheme very similar to the UNCLOS. To outsiders, however, it is pronounced as a lake, rendering it off limits to other countries. So, the new convention adopts a sort of hybrid system to settle this long dispute.

The fact that the five countries have agreed on the legal regime of the important body of water is a welcome development. In particular, if the legal instrument is fully implemented as agreed upon, more concerted efforts stand to be mobilized to deal with environmental degradation and depletion of fish stocks in the Caspian Sea. An important objective.

But the hybrid approach of the convention still leaves the question open – is it a sea or lake? In a sense the structure and contents of the convention make the maritime area look all the more like a sea. Perhaps, other countries may raise the issue when the “accessibility” dimension somehow changes in the future, either through technological development or through business cooperation arrangements involving some of the littoral states.

When a core definition is missing in a legal instrument with a lot at stake, situations become tense inevitably. Consider how the definition of an “island” has become the focal point of the US-China tension in the South China Sea. Sometimes clear legal definitions are sorely missed when countries disagree even on something thought to be so obvious in the beginning.