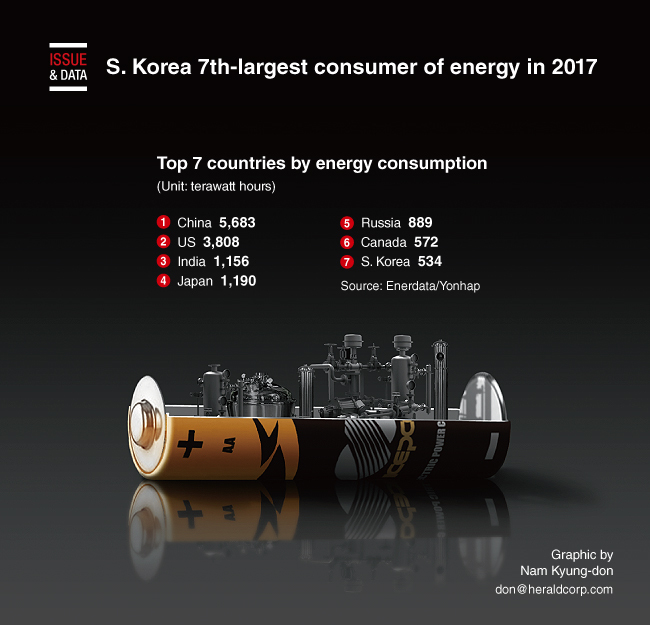 South Korea's energy consumption last year ranked seventh in the world, and showed one of the fastest paces of increase, data from a foreign consulting firm showed.

South Korea consumed 534 terawatt hours last year, up 2.3 percent from the previous year, according to the Europe-based Enerdata. The country's ranking in terms of the volume of power consumption also rose from eighth the previous year. The ranking was ninth in 2015.