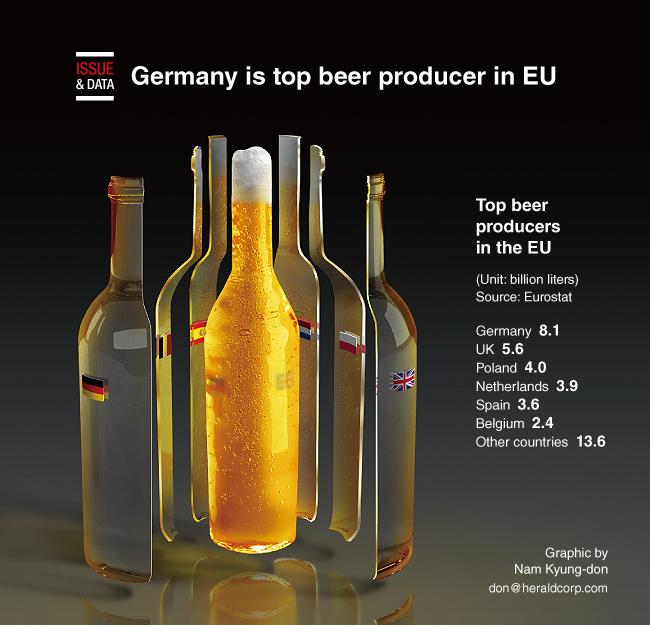 Two-thirds of the beer containing alcohol produced in the EU came from six member states.

With production of 8.1 billion liters, or 20 percent of the EU's total production, Germany was the top producer in 2017.