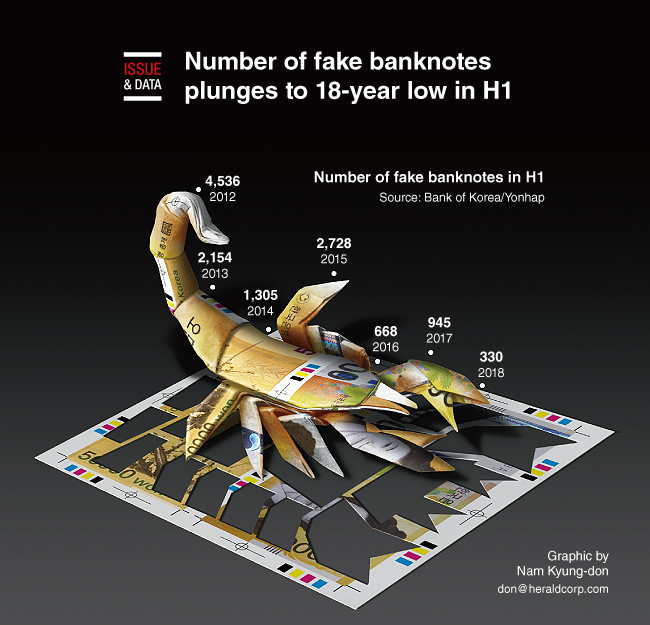 The number of counterfeit South Korean banknotes detected in the first half of the year fell to an 18-year low.

According to the Bank of Korea, a total of 330 counterfeit bills were found during the January-June period, down 65.1 percent from 945 in the same period last year.

The BOK said the decrease was largely driven by a 74 percent drop in counterfeit 10,000-won bills with the same serial number.