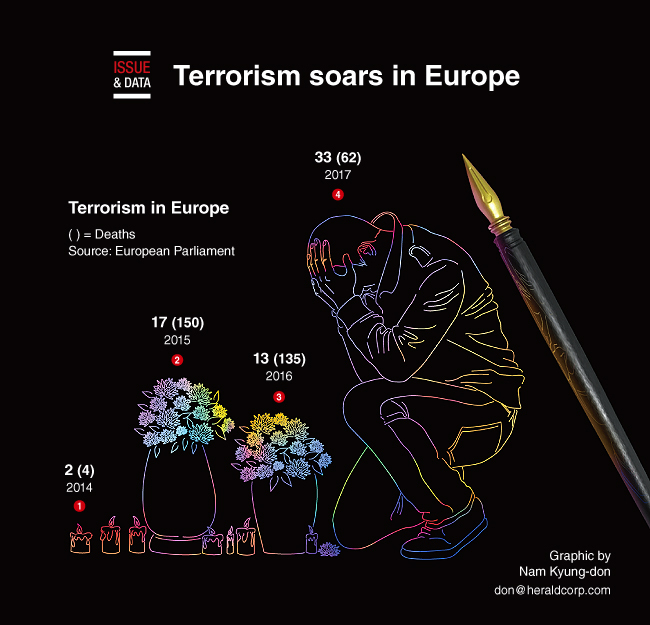 Last year, a total of 33 terror attacks were reported on the continent and Britain, 10 of which were successful -- killing 62 people -- while the rest were foiled or failed, Europol said in an annual report.

That figure compared with 13 reported attacks in 2016, of which 10 were successful, leading to 135 deaths.