[Eye Plus] Straight from the sea 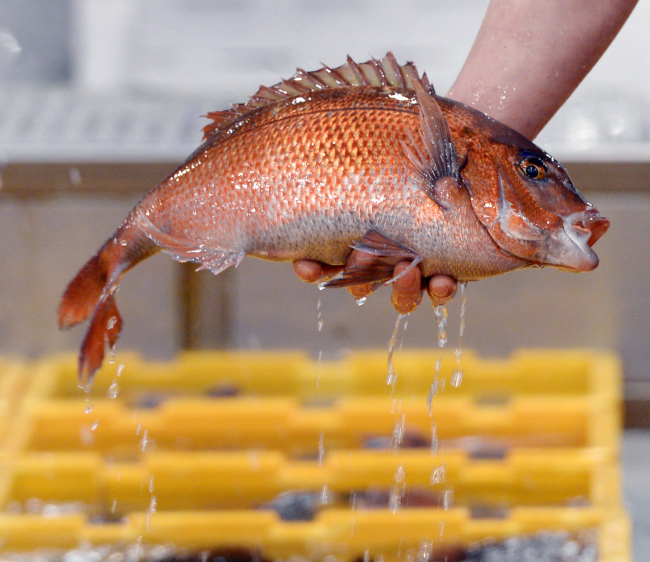 Dazzling lights brighten the bustling market at 1 a.m., while moving trucks as well as handcarts and boxes being unloaded create an energized atmosphere.

The timings of the auctions differ by the types of seafood. Auctions selling shellfish and squid usually start at 1 a.m., while live-fish auctions begin at 3 a.m. 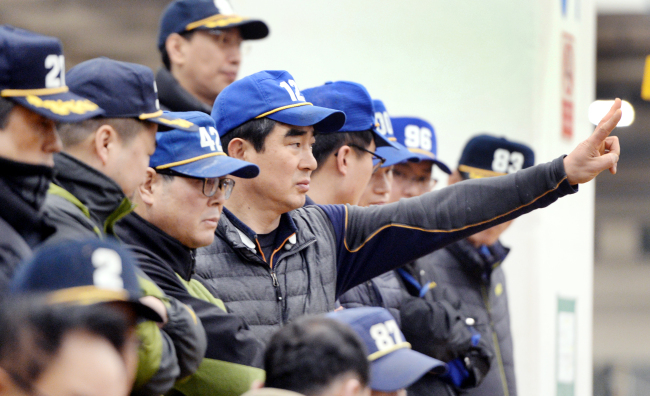 Before these kick off, middlemen from restaurants and related businesses are seen busily making phone calls to clients and confirming the type and amount of seafood needed for the day. 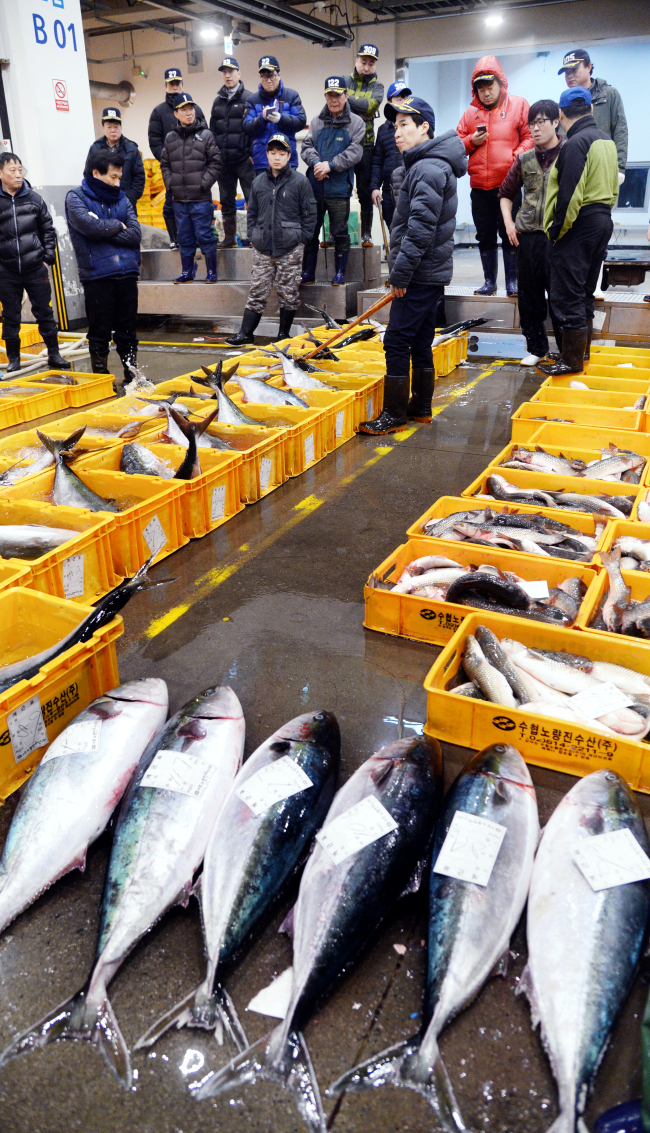 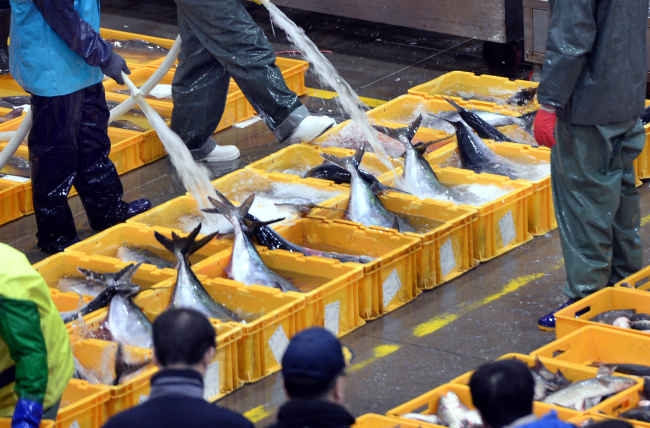 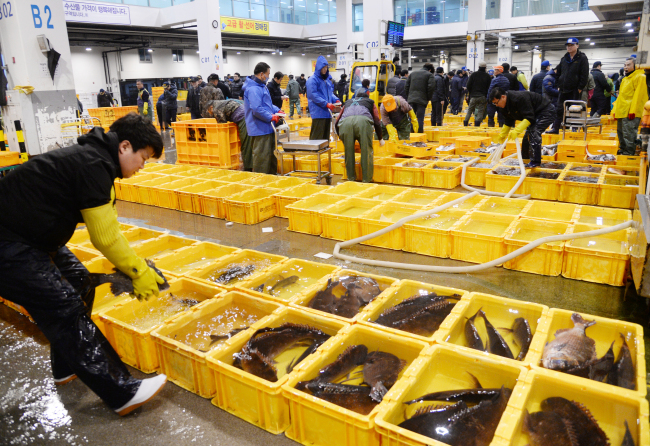 When auctioneers announce the starts of sales, dealers flock around the offerings and start to haggle over prices. The chants, jargon and hand signals used by the merchants are extremely complicated, baffling first-timers who do not understand what’s going on. 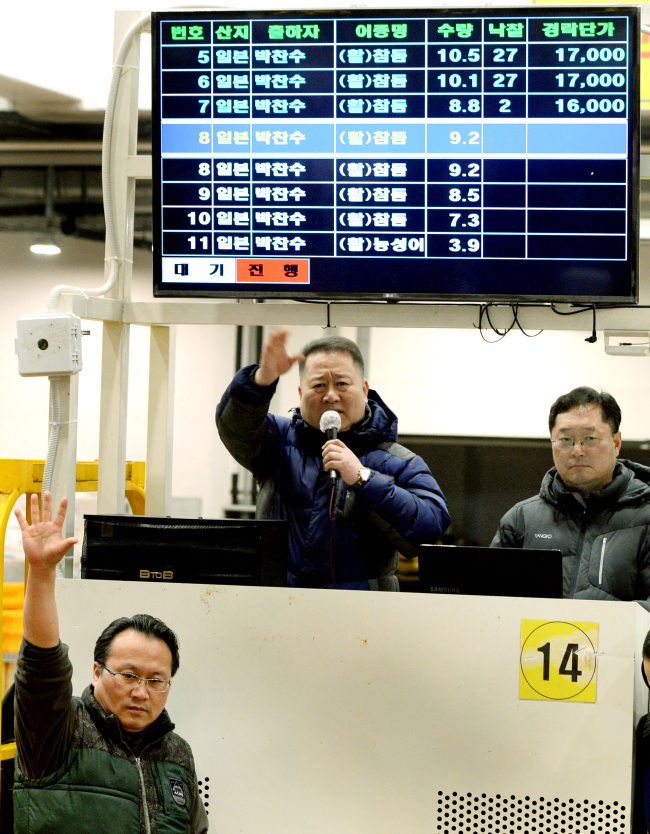 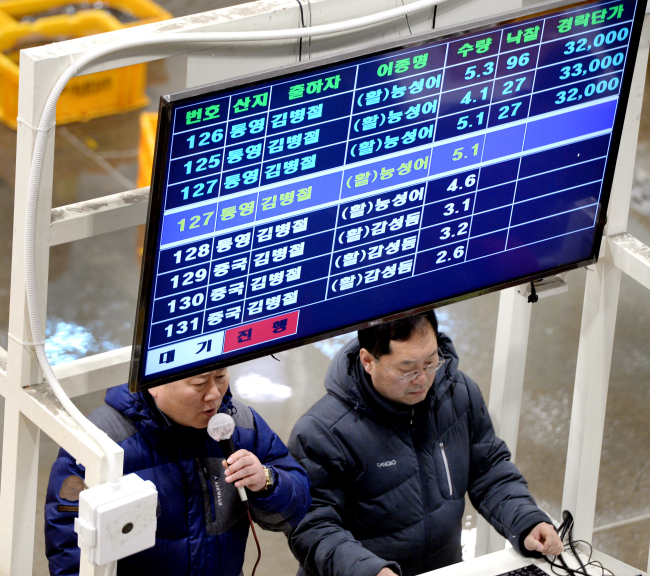 The auctions take place early every morning except Sundays, New Year’s Day as well as the Lunar New Year and Chuseok holidays. 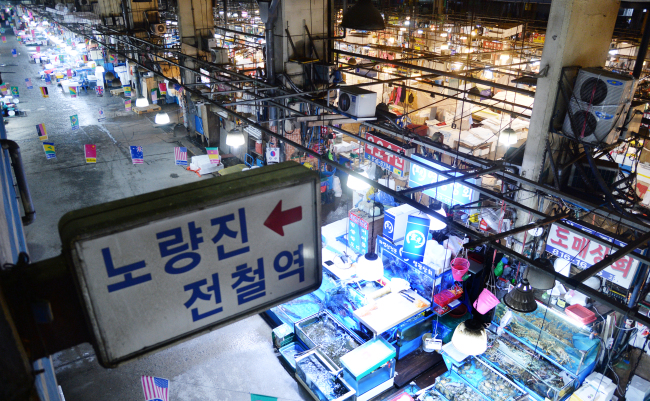 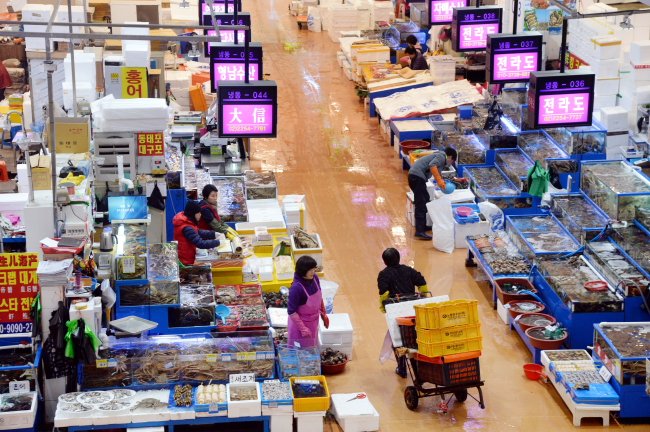 Since its opening in 1927, the market has gone through changes. It moved to its current location in 1971 and underwent construction to make it more modern in 2015. Nearly 50 percent of seafood consumed in the city -- amounting to 300 tons daily -- is traded at the market. 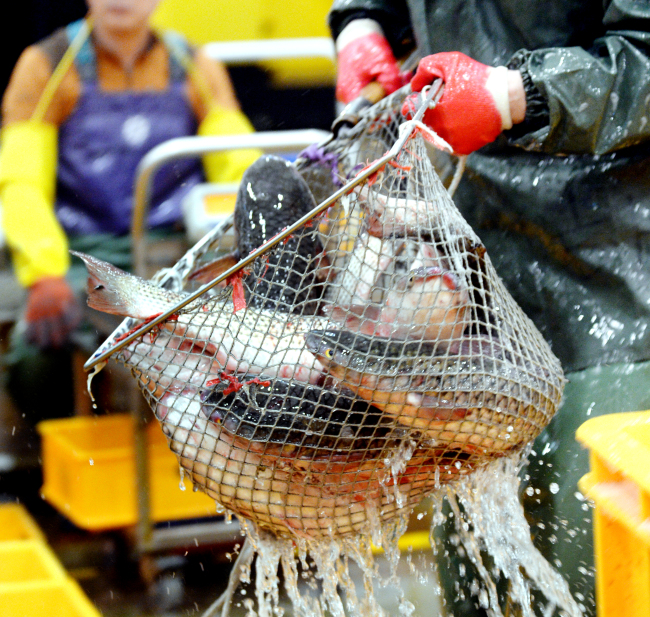