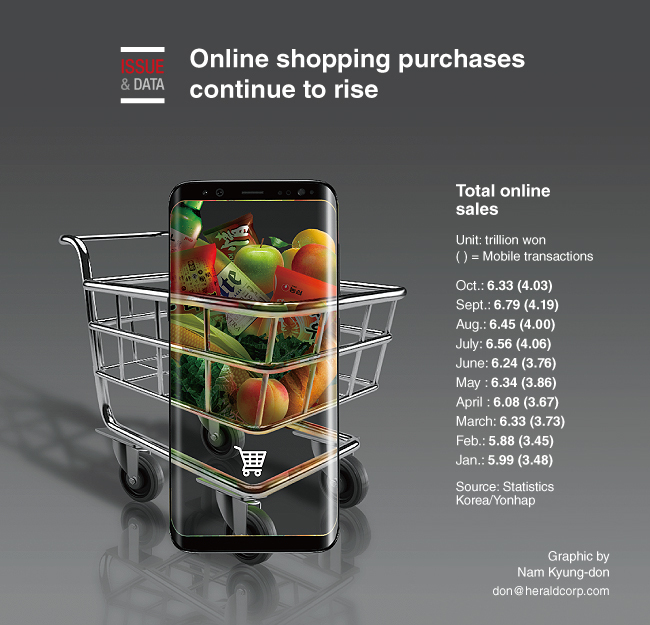 Purchases made via the internet and mobile devices in South Korea continued to rise in October, as the use of smartphones has fully caught on with local consumers, government data showed.

Transactions made by smartphones and tablets reached 6.33 trillion won ($5.83 billion) in the one-month period, up a solid 9.9 percent from a year earlier, according to data from Statistics Korea.

In particular, the total amount of mobile transactions, valued at 4.03 trillion won, accounted for 63.6 percent of all online purchases made in October.

Mobile bookings for travel and movie tickets soared 12.4 percent in October on-year, while sales of food and beverages jumped 27 percent from a year prior, the data showed.