[Graphic News] Which Asian country contributes most to UN’s budget? 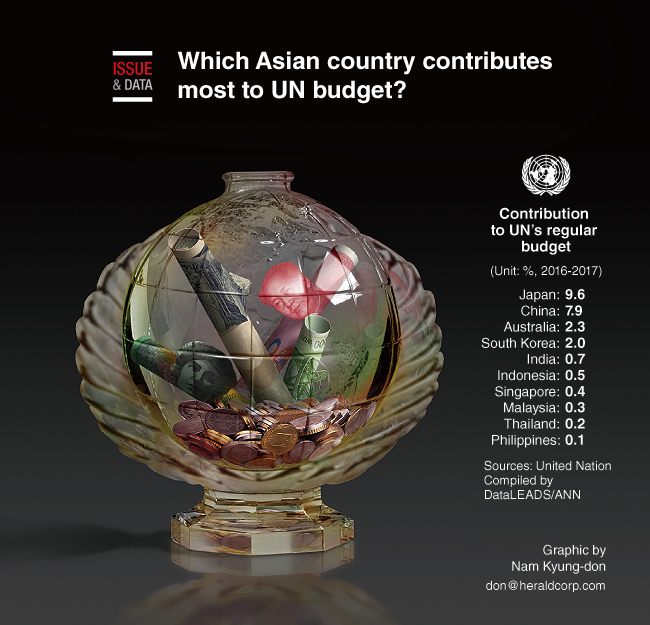 Asian countries contributed almost 25 percent of the UN’s regular budget, with Japan contributing the most in the region, followed by China, Australia, South Korea and India, according to the latest data.

The UN’s total budget for the year 2016-2017 was $5.6 billion. China was the third-largest contributor in the world and second in Asia, providing 7.92 percent of the budget.

Australia contributed 2.3 percent, which made it the third-largest contributor in Asia. South Korea was the fourth-largest, providing 2.03 percent of the budget.