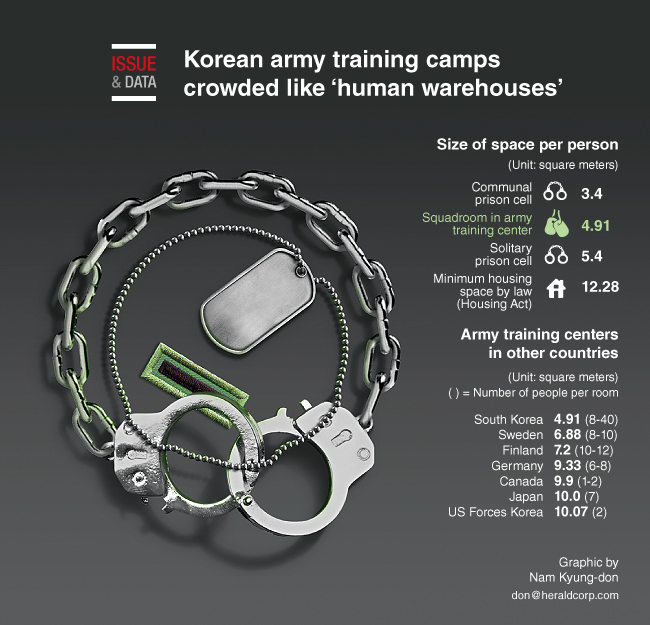 South Korea’s army trainees are given about 4.91 square meters of individual space at the army training center, smaller than the average solitary cell in prison, data revealed.
According to the Defense Ministry data released by Rep. Lee Chul-hee of the ruling Democratic Party, a typical army trainee shares a squadroom with up to 40 other trainees during the 5-week intensive training for basic combat skills. Each room is about 4.91 square meters, about one third of the minimum housing space stated in the Housing Act, which is 12.28 square meters.
Living in such a crowded and confined space is not just inhumane but it could also pose trainees at risk of various contagious illnesses, the lawmaker pointed out. South Korean squadrooms typically have no bed and trainees sleep on the floor.
The government data showed that at least 460 army trainees suffered pneumonia last year. So far this year, 545 people were diagnosed with pneumonia while in training.
About 35 percent of the 462 adenovirus - causative virus for pneumonia - infection cases reported in the military occurred at these training centers, separate data showed.