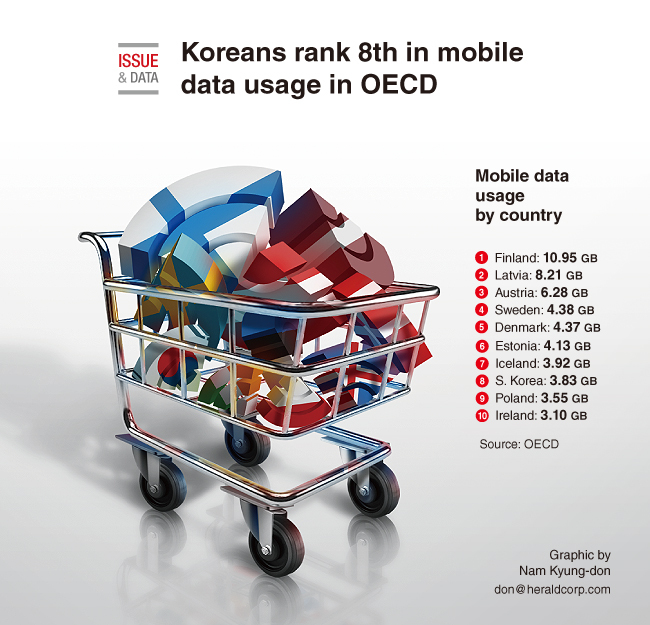 South Koreans used a monthly average of 3.83 gigabytes of data on their smartphones last year, ranking eighth among member states of the Organization for Economic Cooperation and Development, according to a report by the OECD.

Separate data showed that the monthly data usage of South Korean smartphone users has increased in recent years partly due to a rise in mobile plans that offer unlimited connectivity by the country’s mobile carriers.