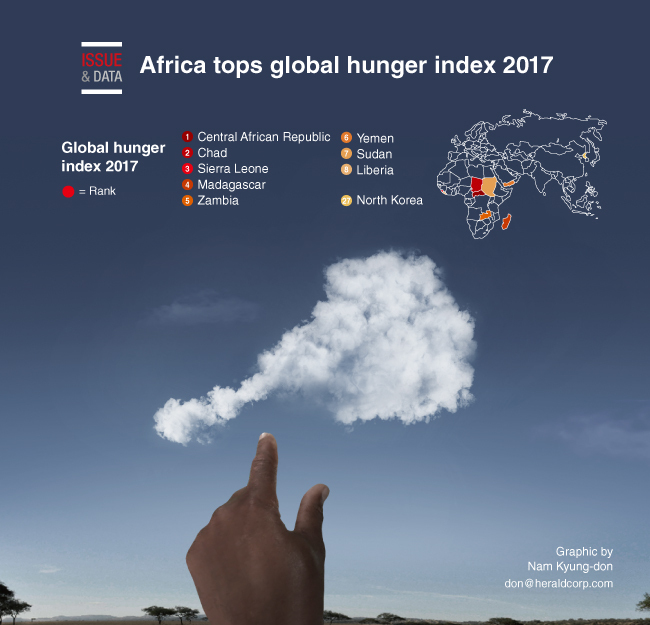 Global hunger has fallen more than a quarter since 2000, but conflict and climate shocks are beginning to reverse these gains, an annual global hunger index said.

The United Nations said that global hunger levels have risen for the first time in more than a decade, now affecting 11 percent of the world’s population -- or 815 million people.

The index is based on levels of hunger in the general population, and rates of wasting, stunting and deaths among children under five years old.