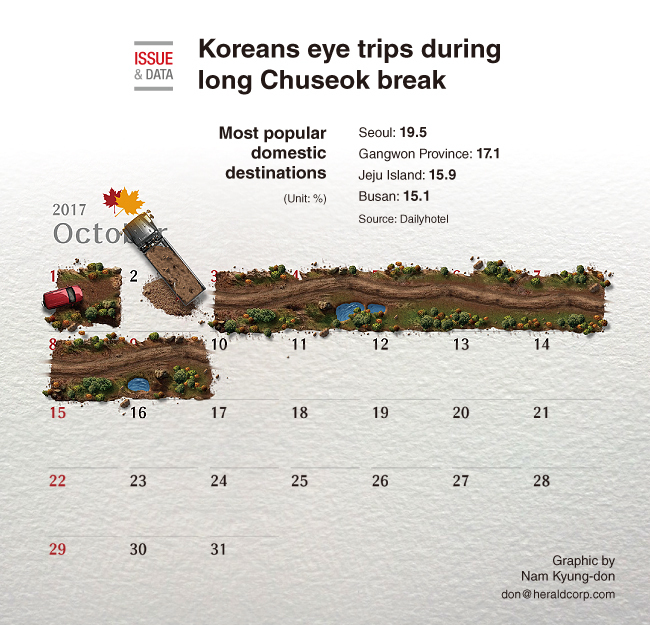 About 90 percent of South Koreans are expected to go on a trip during the Chuseok holiday, which begins late this month, a survey showed Monday.

The government has designated Oct. 2 as a one-off holiday to bridge the Sept. 30 weekend with the Chuseok holiday (Oct. 3-5), National Foundation Day (Oct. 6) and Hangeul Day, which commemorates the invention of the Korean alphabet that falls on Oct. 9.

Of 623 people surveyed by hotel and restaurant reservation app Dailyhotel, 89 percent said they would travel domestically, while the rest said they would go abroad during the longest holiday in decades.

Seoul was the most popular destination at 19.5 percent, followed by Gangwon Province at 17.1 percent, Jeju Island at 15.9 percent and Busan at 15.1 percent, according to Yonhap News Agency.