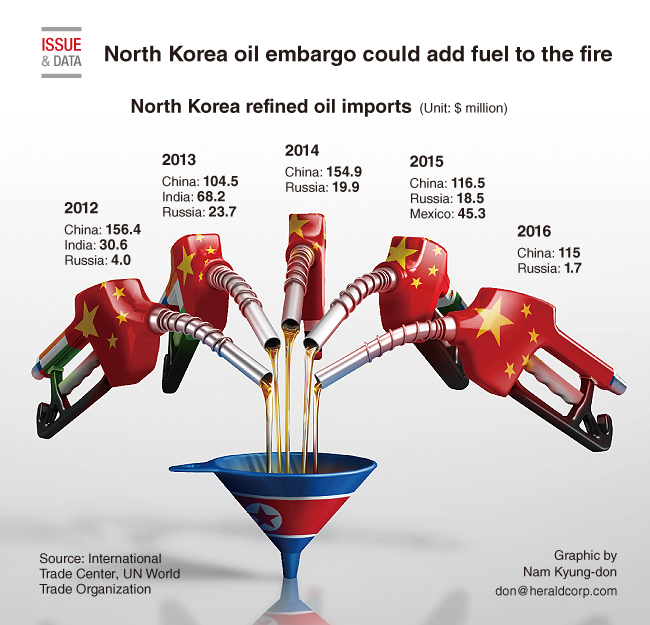 Top of the list for new sanctions on North Korea after its sixth nuclear test is an oil embargo, which analysts say would have a crippling effect on the wider economy - but might do little to curb its weapons programs.

North Korea has little oil of its own and relies on fuel imports to keep its citizens and soldiers moving.

China is by far its biggest trading partner, responsible for around 90 percent of its commerce, according to Agence France-Presse.

Figures from the International Trade Center, a joint World Trade Organization-United Nations agency, show the North imported $115 million of refined oil products - which could include gasoline and aircraft fuel - from China last year. Another $1.7 million came from Russia.