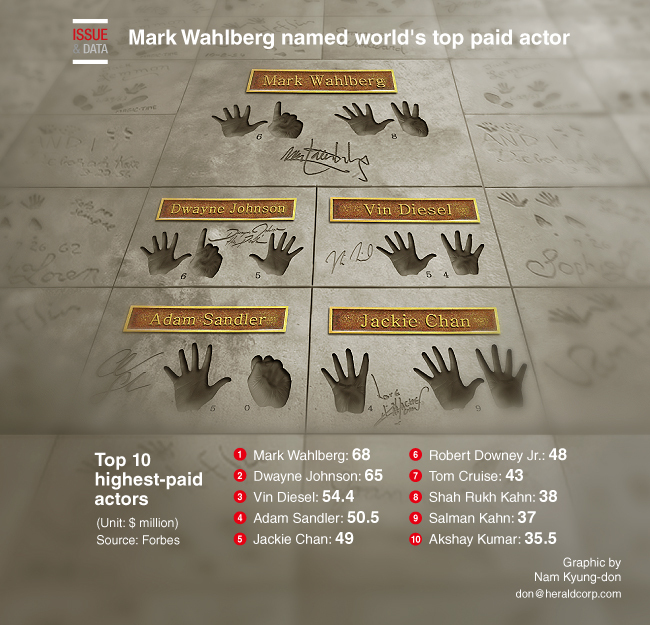 Rapper-turned-actor Mark Wahlberg was named the world’s highest paid actor, earning an estimated $68 million before taxes over the past 12 months.

The 46-year-old star won his place at the top of the list compiled by Forbes magazine, thanks to earnings from “Transformers: The Last Knight” and comedy sequel “Daddy's Home 2,” due out in November.

Dwayne Johnson, who placed first in 2016, is in second place with $65 million, after starring in the big screen reboot of lifeguard action-comedy “Baywatch” and starring in HBO comedy “Ballers.”

Adam Sandler and Jackie Chan round up the top five and the spots above Shah Rukh Khan are filled by Robert Downey Jr and Tom Cruise.