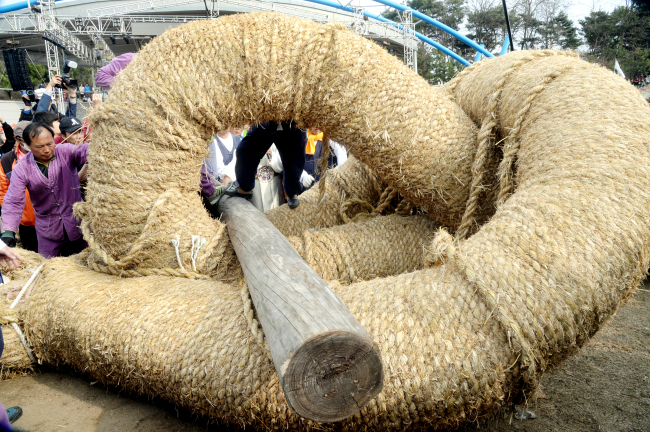 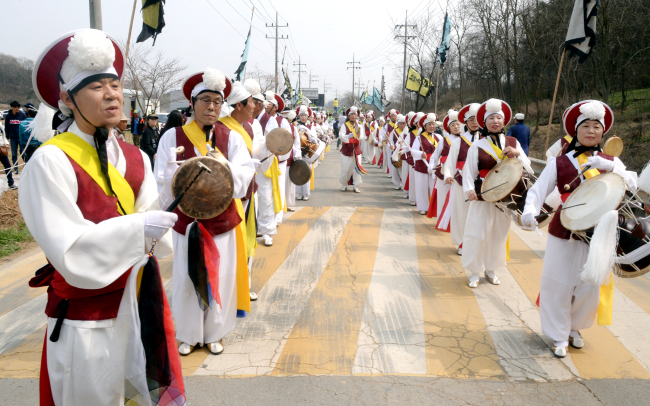 The Gijisi Juldarigi Festival is a 500-year-old tradition that takes place annually in the city of Dangjin, located on the Asan Bay jetting out into the Yellow Sea, on the west coast.

The festival features a traditional tug-of-war game that has kept to the rules and methods from back when the game began during the reign of King Seonjo (1567-1608). The game was meant to promote unity in the community and pray for good fortune.

Today, youths and elders alike congregate around the gigantic rope used in the traditional tug-of-war game. The straw rope takes about one month to make with the combined effort of some 40 volunteers every day, led by a group of expert craftsmen. 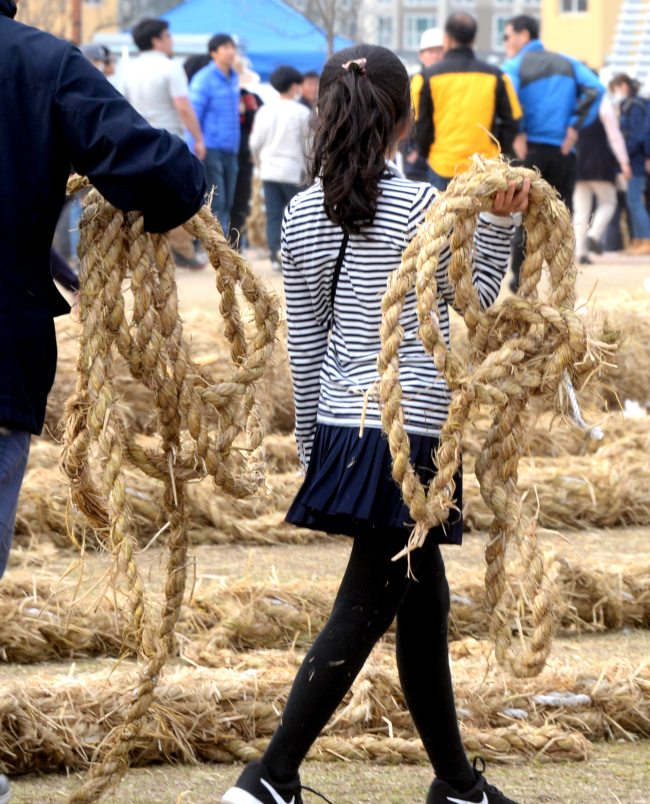 The process requires the hands of community members. The 1-meter-wide, 200-meter-long rope weighing 40 metric tons consists of 210 smaller pieces. On the day of the festival, hundreds of festivalgoers carry the rope to the backyard of the Gijisi Juldarigi Museum, where the game takes place. During the move, children climb onto the rope, traditional musicians sound their instruments, and the crowd cry out cheers in unison. 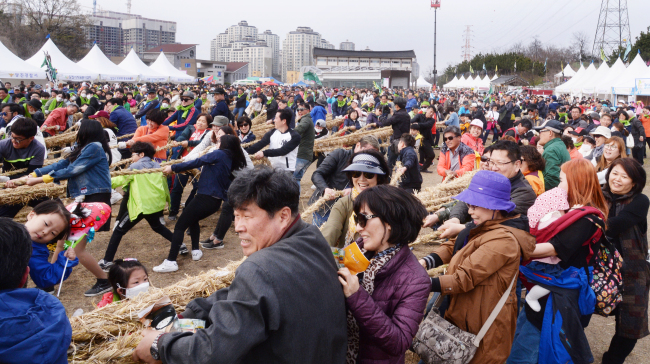 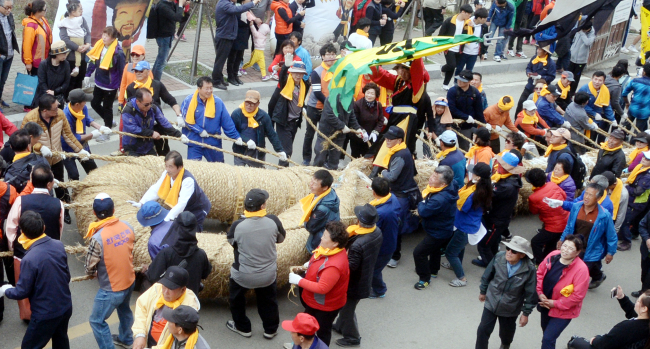