The United States should consider "aggressive movement" toward North Korea, including issuing a warning that it will shoot down any missile the communist nation test-fires, a former senior defense official said Monday.

Mary Beth Long, who served as assistant secretary of defense for international security affairs from 2007-2009, made the case during a Council on Foreign Relations discussion, saying diplomatic approaches have failed to resolve the situation. 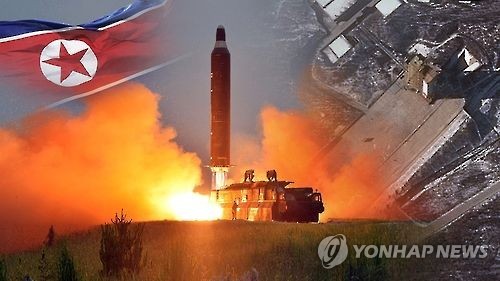 "I think everyone can conclude there's been no demonstrative improvements whatsoever by approaching this from a diplomatic perspective. The one consistency in the last 40-plus years has been that we have never taken any kind of defense or aggressive movement toward North Korean testing. I think it's time to do so," she said.

Considered one of the leading candidates for undersecretary of defense for policy, Long said that the ongoing deployment of the US THAAD missile defense system is one of the examples of such military measures.

The US should also explain to Beijing that THAAD would not have been necessary if China had been serious about stemming North Korean threats, Long said, adding that China is "as responsible for the THAAD having to be taken into place as anyone else is" because it failed to rein in the North.

"I think we need to re-examine whether we declare that we will intercept while it is on the pad or in flight, any further missile that is launched by North Korea, particularly any of those with the range or the payload beyond the Scud that we've all been living with and I believe at an increased tempo," Long said.

She noted that there were a grand total of about 21 ballistic missile tests by the North that were in violation of UN resolutions last year, and this year alone there have already been five launches that have demonstrated an increasing tempo and an increasing range.

"Having this declared declaration will also give a framework within which we can talk to both the Chinese and the North Koreans as far as what we're going to do militarily and diplomatically," she said. (Yonhap)