[Eye Plus] Forgotten past relived at Tongin Market

Tongin Market is a 75-store covered arcade located between Gwanghwamun and the presidential office of Cheong Wa Dae, and is a constant reminder of what the lives of ordinary Koreans used to be like -- long before they were tinged with the convenience brought by evolving technology and modernization. 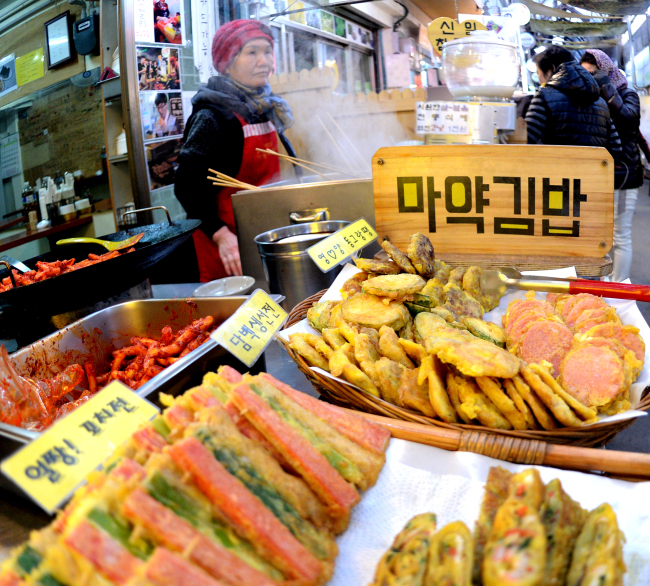 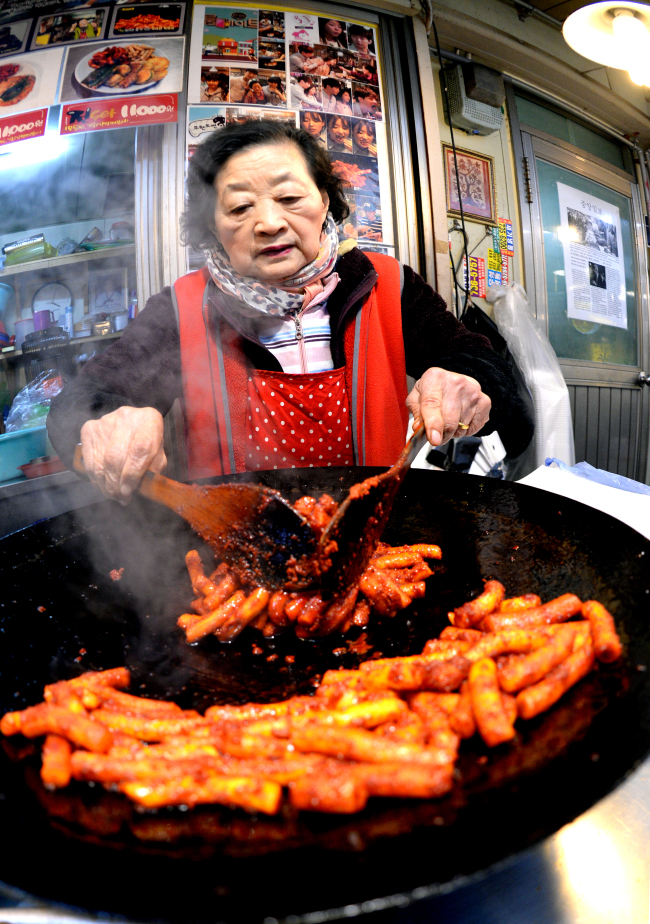 From the faces of children waiting for dalgona, a snack of sugar and baking soda on a stick, to savory scents blowing from Korean pancake houses, the market is filled with joy, color and richness.

Forget about plastic and bar code readers. At Tongin market, “yeopjeon,” brass coins with square holes in the middle, are all you need.

For 5,000 won ($4.30), visitors are given 10 yeopjeon, replicas of coins used during the Joseon era. Diners can load up on their choice of side dishes for one or two coins each. But they usually end up with shop owners offering a little extra.

Not only food stores, Tongin houses a list of small shops that sell shoes, underwear and bags, where sellers and buyers bargain for prices and talk about politics and weather, in contrast to the stony faces of store workers in posh shopping districts in Gangnam.

Commissioned by the Seoul Metropolitan Government in 2011, the community adopted the idea of using brass coins to help rejuvenate the market sustainably and culturally. Tongin, however, seems to be the lucky one. Other traditional markets have been losing out to modern retailers -- a cruel reality that leaves a sense of loss over what once fulfilled the lives of Koreans. 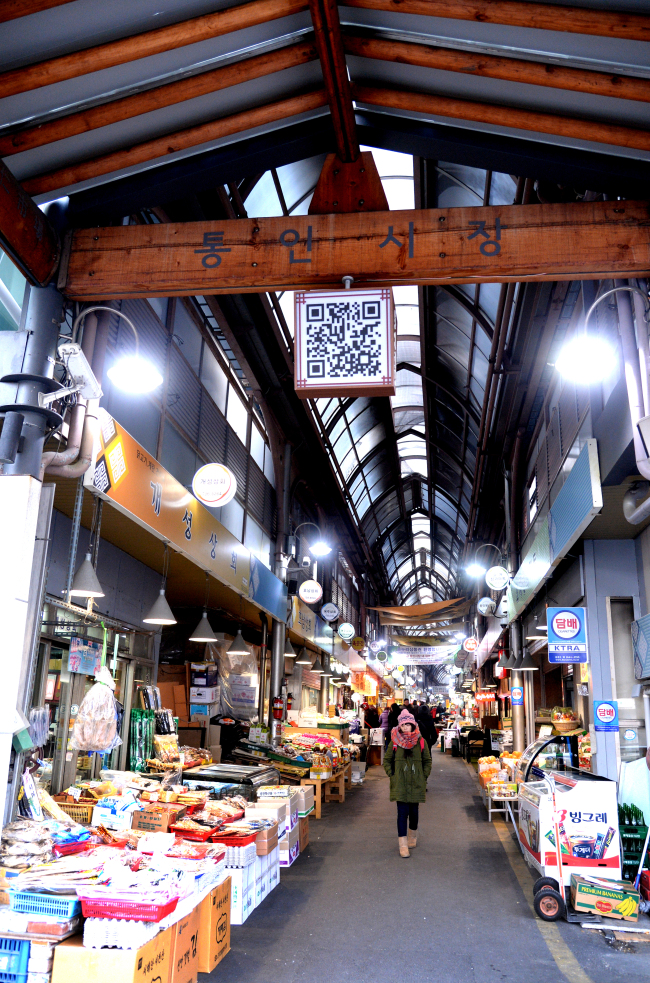