Performances to look out for in 2017

Seoul’s major performing arts centers are already gearing up to play host to a variety of concerts and performances to usher in the New Year.

The LG Arts Center in Gangnam-gu Seoul has announced its new season, featuring 15 international and local productions from jazz to modern dance, classical music and opera.

For hard-core fans, the LG Arts Center is offering its “Ultimate Package” package. The package gives customers a 50 percent discount for purchasing advanced reservations for the center’s upcoming 13 programs -- “L’Appartement” and “The Birdman Experience” productions are not included in the package offer.

Seats purchased with the Ultimate Package must be of the same grade with four types of price packages available based seat grades. VIP seats for the 13 programs will be reduced from 1.27 million won to 635,000 won. R seats would be discounted to 590,000 won from 1.1 million won, S seats at 445,000 won and A seats at 300,000 won. Package sales will be held from 9 a.m. to 6 p.m. on Jan. 10 for one day only. For more information on the Ultimate Package or the LG Arts Center’s upcoming performances, visit www.lgart.com 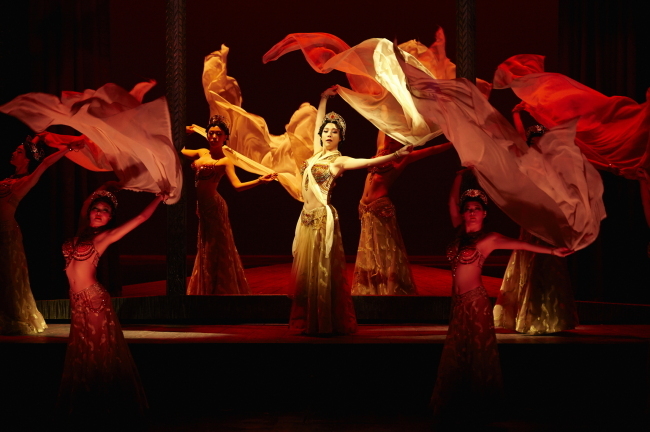 "Mata Hari" the musical (EMK)
Located in the heart of Central Seoul, the Sejong Center has played host to some of the city’s most memorable shows including Jason Mraz, Steve Barakatt and “Amadeus” the musical.

Some of the highlights for this year include the staging of the Korean original musical “Mata Hari,” the Libera Boy‘s Choir, the La Dame aux Camelias Opera rendition of “La traviata” and the restaging of Giacomo Puccini’s renowned opera, “La Boheme.” For more information on the Sejong Center 2017 season, visit www.sejongpac.or.kr.

The Seoul Arts Center is also one of the go-to destinations for all things cultural.

The Center is currently playing host to Bernard Werber’s French play, “Our Friends, the Humans.” The philosophical play centers around the state of humanity and whether or not the human race should continue, or simply perish. The play is running daily until March 5 (except on Mondays).

Other anticipated productions at the Seoul Arts Center include performances by the London Symphony Orchestra in February; opera tenor Jose Carreras on his final world tour in March; harpist Anneleen Lenaerts in March; and the Philadelphia Orchestra in June. For more information on upcoming SAC performances, visit www.sac.or.kr