According to the state-run Korea Power Exchange (KPX), peak power demand reached around 79.2 million kilowatts (kW) on Wednesday, the highest since Aug. 25, mainly due to increased power consumption amid a drop in temperature. 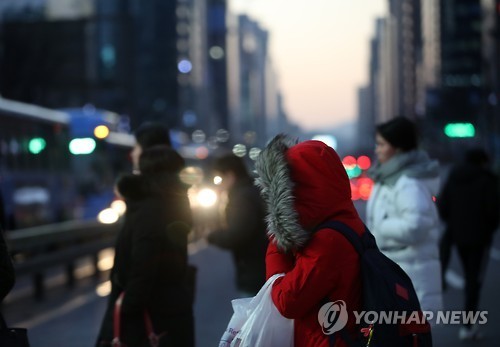 The country's reserve electricity stood at 11.3 million kW, with the electricity reserve ratio reaching 14.3 percent, also marking the lowest since 13.4 percent posted on Nov. 30, according to the operator.

The widespread use of built-in fan heaters has caused electricity demand to spike in the past few days amid cold weather.

In the past, power spikes usually occurred during the summer because ordinary people and workplaces turned on their air conditioners to stay cool.

In the meantime, it also said the power supply capacity will reach 99.43 million kW this winter, with the power reserve ratio standing at 16.4 percent.

But an especially cold winter may jack up the power demand to 87 million kW, it added. (Yonhap)