Choi scandal spilling over to banks

Eight commercials banks handed over transaction records and other information regarding Choi and other individuals involved in the massive corruption and manipulation of the government affairs scandal as requested by prosecutors Tuesday. They include Woori Bank, Shinhan Bank, Kookim Bank, KEB Hana Bank, Nonghyup Bank, Industrial Bank of Korea, Standard Chartered Bank and Citibank. 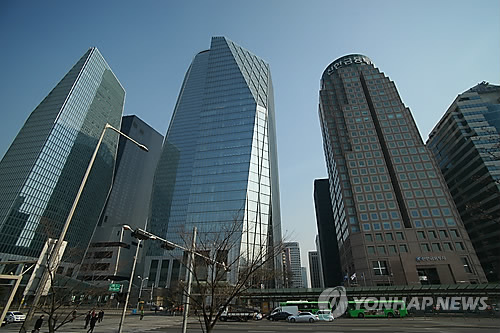 The submitted banking records reportedly include those of Choi and her aides, including Cha Eun-taek, a TV commercial director suspected to have played an important role in setting up two foundations that are alleged to have forced Korean companies to donate billions of won and have interfered in several state-backed culture projects.

The financial documents are expected to speed up the prosecutors’ investigation into Choi and expose how the funds raised for the two nonprofit foundations were used.

While the prosecution’s search through the banks did not target any particular bank and the purpose of submission was to secure information on financial transactions of Choi and others, KB Kookmin Bank and KEB Hana Bank are facing allegations they may have given preferential loans to Choi and her 20-year old daughter, Chung Yoo-ra.

According to an opposition lawmaker, KEB Hana Bank issued standby credit to Chung, with Chung’s 230,000 square meters of property in PyeongChang, Gangwon Province, where the 2018 Winter Olympics are to be held, as collateral. With the standby credit, Chung borrowed 289,200 euros ($320,000) in December 2015 from a Hana Bank branch in Germany. The move was reportedly to avoid leaving a trace of foreign currency transactions.

Choi told a local newspaper she used the money to purchase houses and hotels in Germany.

“I was surprised to hear a standby credit was issued to an individual,” a banker working at one of the eight banks told The Korea Herald on Wednesday. “This might cause some trouble to whoever processed the standby credit letter,” the banker added.

Two other bankers working at different financial institutions also agreed that it is very rare to issue standby credit to an individual, as it is usually used for companies involved with trade.

But Hana Bank rebutted the accusation, saying, “We issued the letter of guarantee after receiving a certificate from the Bank of Korea in accordance with the Foreign Exchange Transaction Laws.”

The bank also added that about 16 percent of total issuances of standby credit letters are for individuals.