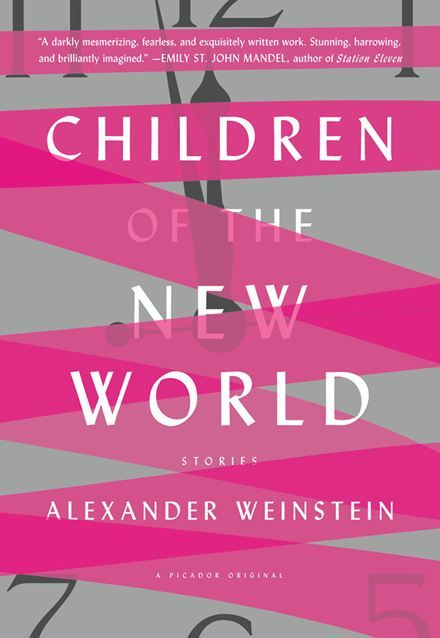 “Children of the New World”

The typical protagonist of Alexander Weinstein’s cautionary tales in “Children of the New World” is a man who could benefit from reading these stories, but probably never would, unless someone found a way to pipe them directly into his eyeballs.

He’s no longer young, though sometimes youngish, emotionally connected to few people beyond his wife (if he has one) and easily swept away by virtual reality, shared-world environments, manufactured memories and other high-bandwidth simulacra. Anyone who has sat through a meal with folks whose eyes never leave their phones will understand what disturbs Weinstein: As people spend more time in immersive fantasylands, they are leveling down in their ability to interact in meatspace.

In the title story, a man and his spouse raise three young children in a compelling virtual world. All goes well, until the couple begin exploring the sexual delights of that world’s Dark City, which brings unwanted guests to their virtual home and leads them to an excruciating decision. Readers can debate how legit the children are, but the parents’ pain is real.

This is one of several stories in Weinstein’s collection that envision virtual forms of sexuality supplanting the physical variety — not a good formula for propagating the species.

Weinstein’s extrapolations also suggest that immersive tech could put druglords out of business — or lead them to switch product lines. Creators of artificial memories in “The Cartographers” become so deeply hooked on their own products they can’t distinguish fantasy from reality. Feckless Abe in “Moksha” spends his life savings in Nepal for illicit enlightenment piped directly into his cranium (making me think of Louis Wu’s electronic brain implant in “Ringworld”).

Sometimes Weinstein pulls a sparkly new jumpsuit over old human anxieties, as in “Openness,” in which a new couple experiment with revealing more and more of themselves to each other.

My favorite story here, “Rocket Night,” marries the scapegoat ritual of Shirley Jackson’s “The Lottery” to the deadpan rigor of Donald Barthelme’s “Some of Us Had Been Threatening Our Friend Colby.” While the human sacrifice in “The Lottery” is chosen at random, the parents, students and administrators in Weinstein’s story settle on the least-liked student in their elementary school each year, place that child in a rocket during a festive ceremony (complete with home-baked cupcakes) and shoot the boy or girl off into space. Weinstein offers no late epiphany or moment of doubt, just the perfect cruelty of a society eager to expunge its awkward and inconvenient members.