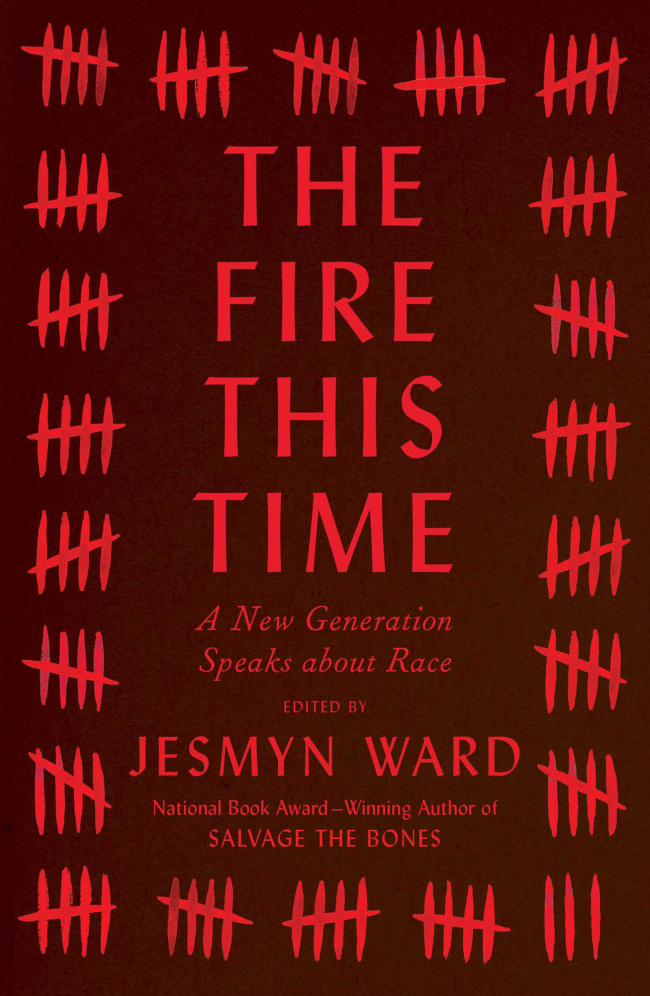 “The Fire This Time: A New Generation Speaks about Race”

The murder last year of nine people at the Emanuel AME Church in Charleston, South Carolina, epitomizes the subject of “The Fire This Time.” These African-American churchgoers, including an 87-year-old woman, were murdered by a white racist simply because they were black.

Novelist Jesmyn Ward edited this collection of essays and a few poems, which describes the sorrow and unease of being black in America in the time of Trayvon Martin, Mike Brown and Sandra Bland, making it a natural companion to “Men We Reaped,” Ward’s memoir of five men close to her who died violent, untimely deaths.

The new book’s title, of course, pays homage to James Baldwin’s 1963 classic “The Fire Next Time.” Ward and her fellow writers treat Baldwin as a revered old uncle: a voice of experience, a link to history and, occasionally, an elder to be argued with. In “The Weight,” Rachel Kaadzi Ghansah recounts the questioning pilgrimage she made to the site of the house where Baldwin lived in France: “My connection to him was an unspoken hoodoo-ish belief that he had been the high priest in charge of my prayer of being a black person who wanted to exist on books and words alone.”

Many contributors articulate the distress of being unvalued, diminished and continually on guard because of their blackness. In “Lonely in America,” Wendy S. Walters digs deeply into the American reluctance to discuss slavery by investigating the discovery of human remains of African ancestry in Portsmouth, New Hampshire, likely slaves buried in the 1700s. (TNS)