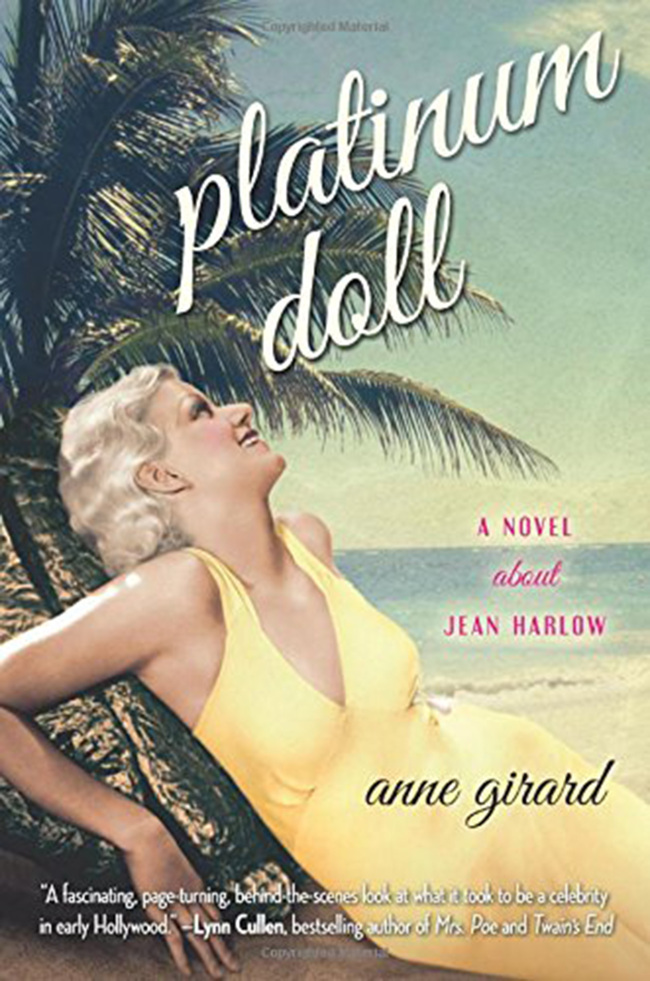 “Madame Picasso” author Anne Girard takes on another bewitching figure from the past in “Platinum Doll,” a charming fictionalized account of how Jean Harlow became a movie star.

Stunning blonde Harlean Carpenter McGrew, only 17, moves to California in 1928 with her handsome young husband, Chuck, who’s rich but troubled after the death of his parents. She’s discovered by studio executives while waiting for a starlet girlfriend. She uses the maiden name of her mother, Jean Harlow, who despite being “extraordinarily beautiful” wasn't able to make it in the movie business. “China doll” Harlean has “that extra something inside” that makes a star.

“Platinum Blonde” follows Harlean as she gets roles and juggles the demands of her jealous, insecure husband and her career, plus deals with her “mommie,” who pushes her to excel. Strong-willed Harlean learns to follow her own dreams as she grows as an actress. She works with Hollywood figures including Laurel and Hardy, Clark Gable and Howard Hughes. She becomes hugely popular and inspires women to match her hair color, which she achieves with a noxious combination of peroxide and ammonia.

The original blonde bombshell died at age 26 of kidney failure, after many personal trials, but Girard focuses instead on a happier time. With its references to stars and studios, and positive message about aiming for success, “Platinum Doll” is the perfect beach read for fans of old Hollywood glamour. (TNS)