The company made its car navigation app T-map available to all mobile subscribers of its rivals KT and LG Uplus on July 19. 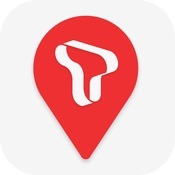 KT and LG Uplus subscribers can now use the app for free. T-map boasts 18 million subscribers, among which around 8 million use it on a monthly basis.

“The decision to make the app available for all mobile phone users is in line with its initiative to grow its connected car platform,” said SKT, which rules the nation’s mobile network market with a nearly 50 percent market share.

Teaming up with global car makers including Kia Motors, Jaguar and Land Rover, the mobile network firm has recently unveiled a software platform for vehicles, which incorporate the T-map app.