The Korean tech giant has been pouring resources into expanding Samsung Pay’s presence globally, which it believes is crucial for its device sales. 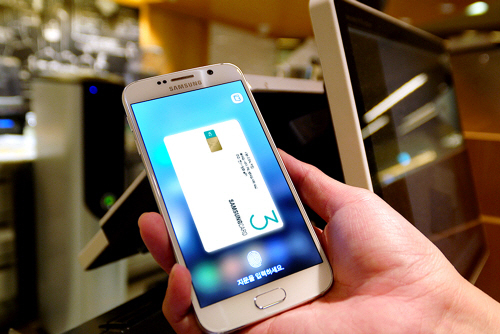 Since its launch in August 2015, the number of subscribers has reached 2.5 million globally, with the total transaction volume surpassing 1 trillion won (US$879 million).

Riding the momentum, Samsung is preparing to launch the new rewards program that allows Samsung Pay users to earn or redeem points in every purchase they make on their Samsung phones.

“The membership program will give the firm a competitive edge over other mobile payment system operators in luring new users,” a source said, adding that the company has already finished the application process for the program at the local patent office.

With the global smartphone market becoming fast saturated, handset manufacturers, including Samsung’s archrival Apple, have been increasingly adopting their own payment solutions to attract new buyers and retain the existing ones.

Samsung’s vice chairman Lee Jae-yong is also allegedly giving full support for Samsung Pay, meeting with top executives of global financial and banking firms to extend partnership, especially in the US and China.

In the meantime, the company has also filed a patent for Samsung Pay Mini, a lighter version of Samsung Pay that can be used on other Android-based smartphones, including budget models.

Until recently, Samsung Pay has been available on Samsung’s high-end and some mid-range smartphones but more diverse cheaper models are expected to be equipped with the service in the near future.