The mobile game, which will support 10 languages including English, Chinese, German, French, and Thai, is to hit 140 global markets. 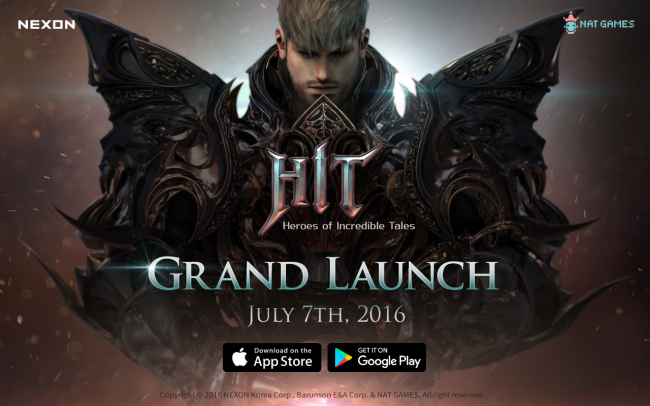 But two neighboring countries Japan and China were excluded for the launch.

“Japan is different from other markets as animation-inspired games featuring cute characters mostly top the mobile game chart, so we are planning to enter the market with a more localized version,” said Lee Seul-ki, a public relations representative of Nexon.

The official added the publishing rights in the country is owned by Barunson E&A, another Korean game publisher.

Since its launch in November 2014, “HIT” has garnered popularity, with its downloads reaching 5 million.

Joining forces with Samsung Electronics, Nexon showcased the global version of the mobile game at the E3 game trade show in Los Angeles earlier this month, receiving positive reviews from many of the 16,500 visitors to Samsung’s exhibition booth.

“Nexon is making the utmost efforts to develop games that can appeal to global game players,” said Lee Sang-man, the head of the firm’s global mobile business unit.