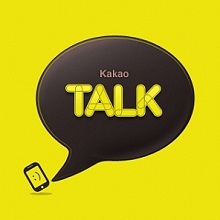 Kakao said the decline in the first quarter bottom line is attributable to the falling seasonal demand for its advertisement services.

The company also has been rolling out various renovations in its advertisement platforms, which led to the end of some business partnerships. Such moves led to a short-term slump in the segment, it added.

Kakao said its advertisement business posted sales of 129.4 billion won, down 11.1 percent from a year earlier.

The company's gaming business, however, posted sales of 70.3 billion won, up 0.5 percent from a quarter earlier. Kakao attributed the strong performance to the rising popularity of its games in North America and Europe. It shot up 23.3 percent from the previous quarter.

Its commerce platforms also posted sales of 18.3 billion won, up 54.8 percent from a year earlier, as more users of KakaoTalk exchanged gifts through the messenger.

Kakao said it spent 221.4 billion won in operating expenses in the first quarter, up 14.1 percent from a year earlier, as the company has been expanding investment on finding new growth engines, such as Kakao Hair that will kick off later this year, which will allow users to book appointments at beauty salons.

KakaoTalk, a mobile and PC messenger program, is used by around 37 million in the country, which has a population of 50 million. Its strong presence in the area lent support to the boom of various services, including its taxi-hiring application.

Kakao shares increased 5.07 percent to close at 105,700 won Wednesday, with the tech-heavy KOSDAQ ending up 0.53 percent. The earnings results came out before the market opened Thursday. (Yonhap)