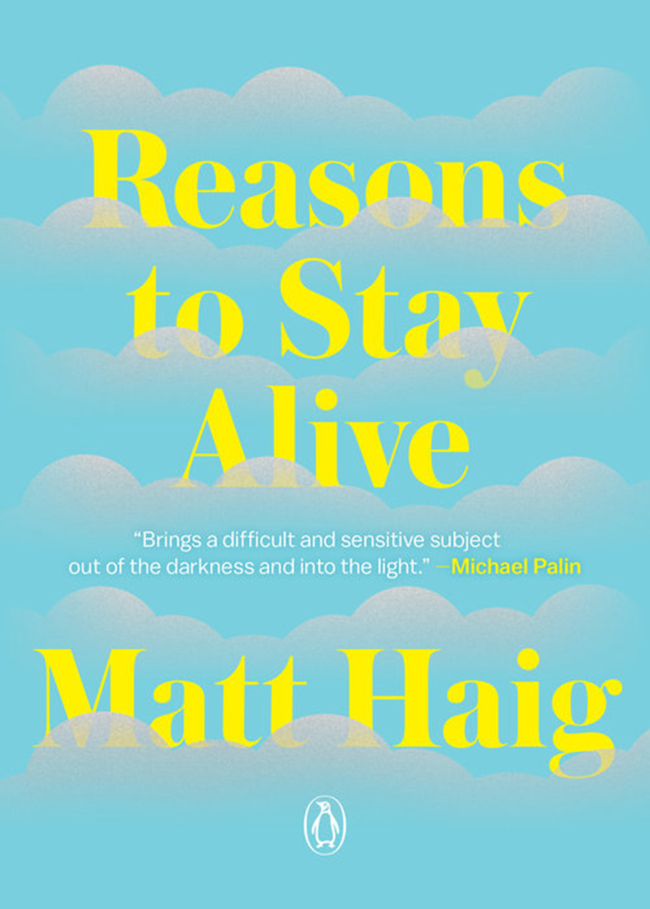 Matt Haig suffered months of depression and anxiety so crippling that he stood on the edge of a cliff, trying to summon the wherewithal to throw himself off.

“The weird thing about depression,” Haig writes in “Reasons to Stay Alive,” is “the fear of death remains the same. The only difference is that the pain of life has rapidly increased.”

Somehow, Haig inched his way back from that cliff. Over time, with love and support from his wife, Andrea, and other family members, he got better.

“I think life always provides reasons to not die, if we listen hard enough,” he writes. In “Reasons to Stay Alive,” he shares his experience, strength and hope with others who might be standing on their own cliffs.

A recent study published by the National Center for Health Statistics reported the alarming news that the age-adjusted suicide rate in the United States has increased 24 percent since 1999, with the pace of increase greater since 2006. Suicide rates are higher for both males and females in all age groups under 75.

No public health official would argue that depression doesn’t play a role in that sobering trend.

Haig’s book offers no magic pill for mental illness; in fact, he’s leery of medication himself without denying its value for others. But in writing about his own journey, he offers comfort, handholds and something of a road map for others. (TNS)