Readers on the case: favorite mysteries set in Europe

I’m glad I asked ... I think. Already the most popular literary genre in America, mysteries may be taking over the world. I got more than 70 nominations ― writers and books set in locales from Cuba to China to Iceland to Australia. Wherever crime and corruption exist, readers long for someone to clean it up.

In her book “Talking About Detective Fiction,” the great English mystery writer P.D. James said that the detective story/murder mystery “fundamentally is concerned with the bringing of order out of disorder.” It taps into a universal longing ― to make things right.

Speaking of order; to impose some on a rambunctious bunch of recommendations, this week focuses on mystery writers working in Europe. Next week, look for a follow-up, which will cover the rest of the world.

England is the mother country of mystery writers. So let’s honor those who have achieved the mystery writers’ version of immortality, though they’re still alive, and in most cases, writing great books: John le Carre, P.D. James and Ruth Rendell. Others have passed on, but their readers are still legion, including Dorothy Sayers (Lord Peter Wimsey) and Agatha Christie (Miss Marple, Hercule Poirot).

Here are some that deserve to be discovered, or rediscovered:

Rennie Airth: In Airth’s John Madden trilogy, the hero is a shellshocked veteran of World War I drawn back into policing against his will. In the gripping “River of Darkness,” Madden grapples with his own trauma suffered in the trenches as he investigates murders in a Surrey village. Other Madden novels: “The Blood-Dimmed Tide” and “The Dead of Winter.” Airth was born in South Africa, but these books are a mirror of 20th century English history.

Kate Atkinson: A literary fiction writer turned mystery writer, Edinburgh author Atkinson writes the Jackson Brodie books, set in England and Scotland. They are an entrancing hybrid of the literary novel/detective story. “Case Histories,” the first featuring former cop/detective Brodie, is a classic. “One Good Turn” and “When Will There Be Good News?” followed, and “Started Early, Took My Dog” comes out in April. Atkinson’s view of contemporary society can be bleak, but she has an amazing eye for kids, dogs and human fallibility. These novels are being filmed as a series for the BBC.

John Harvey: Harvey’s acclaimed Charles Resnick mysteries, set in inner-city Nottingham, feature detective Inspector Charlie Resnick, a jazz and cat-loving cop longing for retirement. Resnick has been called “the most believable police detective in British crime fiction.” There are 11 books in this series: the first, “Lonely Hearts” (1989), the most recent (2008), “Cold in Hand.”

Philip Kerr: This author got several votes for his Bernie Gunther mysteries, which, according to reader David Buckner, span “pre- and postwar Berlin and beyond.” Gunther is first a policeman, then a private investigator “doing his best to navigate the dangerous waters of fascism, socialism and the burgeoning rise of Nazi influence on the lives of all Germans,” said Buckner. Kerr’s Berlin Noir trilogy includes “March Violets,” “The Pale Criminal” and “A German Requiem.”

Tana French: This Irish-born writer broke out of the pack with her 2007 thriller “In the Woods.” She’s also author of “The Likeness” and 2010’s acclaimed “Faithful Place,” about a Dublin cop who investigates the death of his old girlfriend.

Colin Bateman: Bateman, a northern Irish writer, writes novels featuring Belfast journalist Dan Starkey. “Bateman is a very daring writer: in situations where it looks like some impossibly shocking action is about to happen, like someone being thrown out of a high rise window, it usually does happen. And his humor is wicked,” said reader Bill Farley. First book in the series: “Divorcing Jack.” 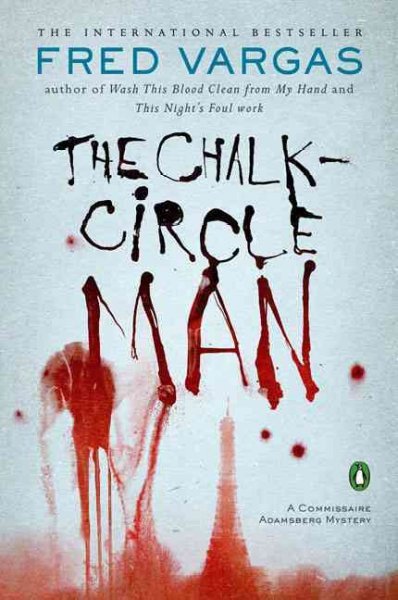 Arnaldur Indridason: Of all the mystery writers in all the world, this Icelandic author got the top number of votes from readers. “He portrays his country as bleak and dark, a complementary mood to his protagonist, Inspector Erlendur,” said Doug Brewer of Tacoma. “Erlendur himself has a tragic past, a mess of a daughter ... and nothing better in his life to do than to work.” Titles: “Jar City,” “Silence of the Grave” (winner of the 2005 Gold Dagger award), “Voices,” “The Draining Lake,” “Arctic Chill” and “Hypothermia.” Brrrrr. 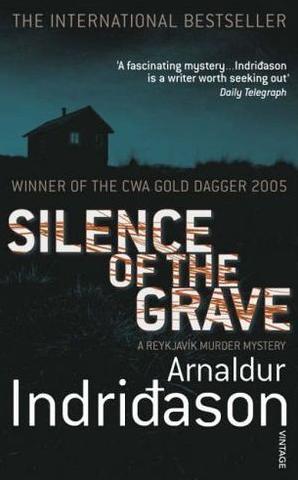 Andrea Camilleri: Italian author Camilleri has set his Inspector Salvo Montalbano series in Sicily; the first one (of 14) is “The Shape of Water.” The L.A. Times called Montalbano “a shrewd, resolutely Sicilian police commander.” Camilleri, in his 80s, has enjoyed late-blooming fame; his books are hugely popular in Italy and have been filmed and televised ― most are now available in English.

Michael Dibdin: Dibdin, born in Britain, raised in Ireland, emigrated to this country and lived in Seattle until his death in 2007. The 11 books in his Inspector Aurelio Zen series were widely praised. Zen, Venetian by birth, is “wry, ethical, prickly, perceptive, politically incorrect, not especially lovable and forever bedeviled by bureaucratic incompetence,” wrote Woog in a 2007 appreciation.

Robert Wilson: Wilson, an Englishman, is renowned for his prizewinning novel “A Small Death in Lisbon,” published in the U.S. in 2000. Set in Portugal, it’s the interwoven story of the brutal murder of a 15-year-old girl and the bloody story of a financial enterprise that started with the Nazis. This novel is not part of a series. Wilson has written others that are, including those set in Spain featuring the detective Javier Falcon.

Alicia Gimenez-Bartlett: Barcelona author Gimenez-Bartlett has penned the Petra Delicado mysteries, featuring a Barcelona police couple, Delicado and Fermin Garzan. “Petra Delicado is one of the few women detectives in the Spanish police, and the books are as much about her struggles in a male-dominated institution as they are about the crimes she is given to solve,” said reader Buckner. Titles: “Death Rites,” “Dog Day,” “Prime Time Suspect,” all available in English from Europa Editions.

Jo Nesbø: In 2010 the Puget Sound area got a visit from Nesbø, a loquacious Norwegian whose Harry Hole mysteries are some of the best thrillers coming out of Scandinavia today. “The Redbreast,” “Nemesis” and “The Devil’s Star” incorporate contemporary Norwegian life and the country’s past, including the fact that some Norwegians actively supported Germany in World War II. Hole is a hard-drinking police detective continually battling his alcoholism. “Brooding and well-written,” said Dan Hathaway.

Maj Sjowall and Per Wahloo: This Swedish husband-and-wife team wrote 10 Martin Beck mysteries, named after the protagonist detective in the Swedish National Police. “The series ended when Wahloo died of cancer,” wrote reader Debby Ummel. “While the same interesting group of detectives appears in each of the police procedurals, the subject matter of the stories varies greatly.”

Other Swedish writers: Camilla Lackberg. And a guy named Stieg Larsson, who wrote about a girl with a dragon tattoo.